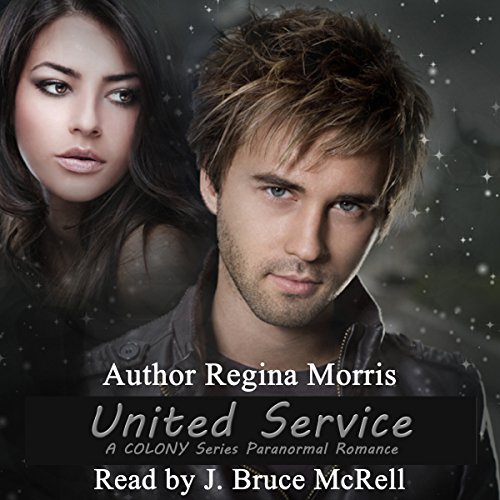 If you're looking for sensual vampire romances, this is the series for you!

They alter their aged appearance based upon the amount of blood they consume. They move to a new area, drink a lot of blood, and appear young. Slowly they limit their intake of blood and age, right in front of our unsuspecting eyes. After decades, they fake their death, move, and do it over and over again.

The COLONY is an elite group of vampires sworn to protect the president of the United States from these rogue vampires.

The COLONY Series is a suspenseful and sensual vampire fiction series that has earned five star reviews from fans of some of the best paranormal romance series like Love at Stake, the Argeneau series, and the Black Dagger Brotherhood.

Each book is standalone, so the books in the series can be listened to in any order.

Sterling, a half-breed vampire, is the weakest link in the chain for his team, and he knows it.

He has a unique ability to glean information from inanimate objects, and his life is like CSI meets the West Wing, where key positions are held by vampires. Vampires can alter their age based on the amount of blood they consume, which should allow Sterling to blend into human society. However, his ability has painful side effects that cause him to live a lonely life down in the evidence room at FBI headquarters. He's a lonely bad-boy looking for love in all the wrong places.

His current case involves the kidnapping of vampire children by a religious cult who is trying to save them. Sterling snatches the opportunity to do some field work by teaming up with a purebred vampire, Kate, who is the nanny of one of the missing children.

I was very pleasantly surprised by this book. It was a very good look at a different type of vampire society and I liked it very much. It was well paced story and kept me listening to see how things would work out both for the couple and for the investigation. It was a good mix of romance and crime investigation. I can't wait for the next book in this series from the author.

I've never read anything by this author before but I will definitely be adding her to my favorites list. this was an interesting twist to a vampire story. There was mystery, romance, a crime story all wrapped up together. The story moved quickly and kept my interest the entire time. I enjoyed the narrator.