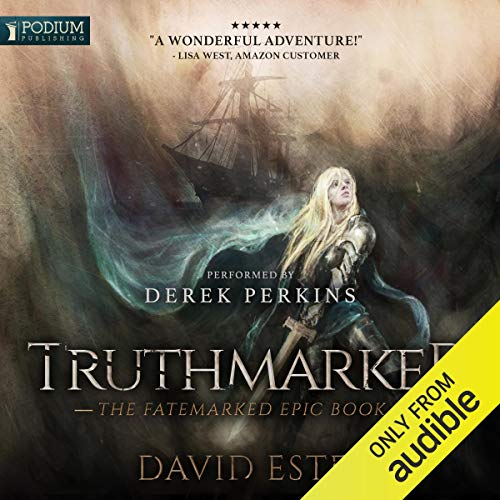 The Hundred Years War rages on, with tensions between kingdoms growing ever more strained.

While Annise Gäric and her forces march on Castle Hill to retake the northern throne, her cousin, Rhea Loren, wages a naval war against Blackstone. Meanwhile, Roan Loren and Gwendolyn Storm struggle to breach the gnarled, vine-choked undergrowth of the Tangle in their quest to reach Knight's End and learn more of the true purpose of the fatemarked.

In the south, a Calypsian empress is murdered, and her daughters fight to claim the empire and wage a civil war against their estranged father's armies. In Phanes, slavery runs rampant while a rebel group fights to free the oppressed people. A master named Jai Jiroux looks to help the rebel cause, an act of treason punishable by death.

Surrounding the Four Kingdoms is the pall cast by the Kings' Bane, who continues his quest to kill eight rulers and thus fulfill the Western Oracle's ancient prophecy, which he believes will pave to way to peace across the realms.

I have to say this is an excellent series. I am a critical reader and dislike badly written fantasy series. Tolkien's books are the high mark and this book falls very close to that level for me. Granted the author did not make several languages like Tolkien but the story line, development of characters and chapters are excellent. One is never overloaded with details like some of these books and the action is well presented. Also no use of sex to spice up the story. There are love situations but presented well. All in all, a great read and i am only on book 3 of the 5.

Though it started subtly, this whole dialogue and character development has become tedious and wholly aggravating.

At first, I thought the inclusions of modern identity politics were just an acquiescence to publisher demands, but by the end of this book, I suspect that the author is deliberating a literal mockery of Christianity, as the “virgin birth” becomes the vicious scam of a sociopathic little wretch, and the “peacemaker” is a confused bisexual vegan. — I’m not so sensitive as to run and hide from things that are flippant towards my own epistemic, but this... is pretty ugly.

I’m sorry I waisted these 40 hours trying to “find peace” with it.

action is nearly non existent . just jumps around so much from character to character I lost interest

A woke fantasy novel complete with a bisexual vegetarian protagonist. Only women are allowed to hold any positions of power in this story and there are non-stop woke undertones. Typical sexist woke garbage.

True storytelling that keeps giving you that “I never want this to end” emotion. Estes writes and Perkins perform a perfect duet delivering The Fatemarkd series. EPIC!

Won't be moving on in the series. I usually try to finish them but it's not getting better.

Great story writing and pace building toward battles of epic proportions! Looking forward to the next book, for sure!

Great series thus far. Waiting on the next book. I recommend this series for a change of pace

I feel sorry for the guy who had to narrate it aloud. The author of this travesty must despise women in general. You have an obese self-loathing princess, a shallow halfwit beauty turned evil queen and an elf who cant get over lost love for several human lifetimes. And there is a horrible gay romance between idiots. I told myself that if I bought it, I had to listen to it, or id've never put myself through this dumpster fire.

the first bit of the books moved along great, wonderful progression. Then all the kids got into relationship drama which really killed the books. I ended up listening to am radio more than the book. Ended the series with this book because I just couldn't get past the relationship drama of 16 year olds. The story moved forward then got to that and basically a whole book of progression moving to the side. I'm sure if people can get past that part, it'd be a great series, I just couldn't.