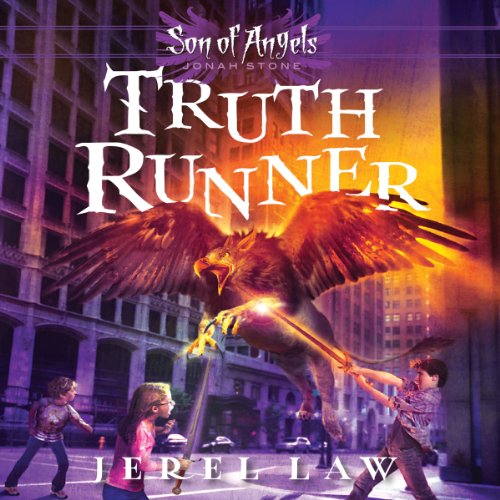 This series is the first Christian answer to popular books like Percy Jackson and other middle grade series packed with action and adventure. Truth Runner, the fourth audiobook in the highly acclaimed Son of Angels series, picks up with Jonah, Eliza, and Jeremiah Stone after the most difficult six months of their lives.

Jonah doesn’t want all the responsibility that comes with being a quarterling - the child of a human and a nephilim, a creature found in the Bible (Genesis 6:4). He just wants to be “normal.” As much as he tries to ignore it, Jonah can still see fallen angels and the evil they’re doing. But when Jonah realizes the Fallen are attacking his friends without their knowledge, he is faced with a choice: Continue to ignore it and forge his own path, or remember who he really is and fight for his friends.