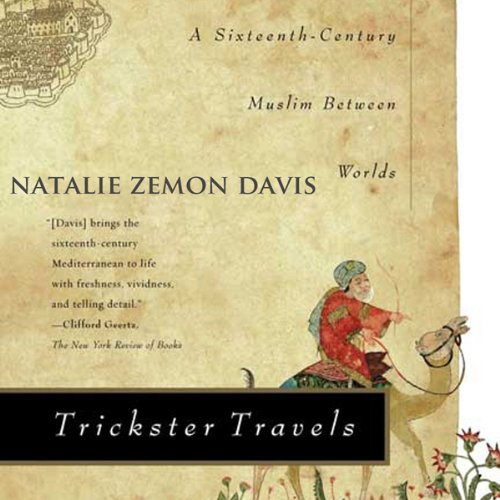 Al-Hasan al-Wazzan - born in Granada to a Muslim family that in 1492 went to Morocco - became famous as the great Renaissance writer Leo Africanus, author of the first geography of Africa to be published in Europe (in 1550). He had been captured by Christian pirates in the Mediterranean and imprisoned by the Pope; when he was released and baptized, he lived a European life of scholarship as the Christian writer Giovanni Leone; by 1527, it is likely that he returned to North Africa and to the language, culture, and faith in which he had been raised. Natalie Zemon Davis offers a virtuoso study of the fragmentary, partial, and often contradictory traces that al-Hasan al-Wazzan left behind him, and a superb interpretation of his extraordinary life and work.

Perhaps this was a biography?

'Perhaps we know where this guy was probably and can maybe discuss what he might have thought.'

That's my impression of the book. Full of conjecture and educated guessing about what this person did with his life and what he probably thought. It's an impressively large book for lacking such pertinent details such as the exact who, what, why and where for the majority of the text.
If you're a specialist on North Africa politics and Islam in the 1500s, maybe you might find some of this useful, perhaps. We can't really be sure.