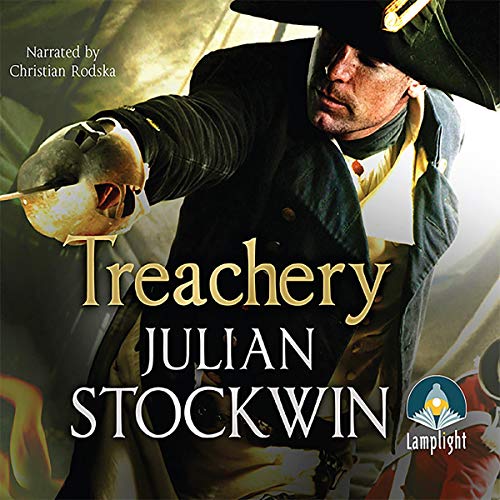 Thomas Kydd has dragged himself up in the navy from press-ganged seaman to captain of his own ship. Now he faces disgrace. After offending a general and suffering a personal tragedy, Kydd is sent to guard the Channel Islands. His career in tatters, he then makes a terrible enemy on his own side. When he is brutally betrayed off the Normandy coast, only his old friend, Renzi, is willing to stick by him.

Then Kydd is given an extraordinary opportunity to salvage his fortunes and return to the sea as captain of a privateer. But privateers are hated by the French and the Royal Navy.

Out of the Pit

This book recovered the series that seemed to descend into a pit that almost caused me to lose interest in the remainder of the series. Kydd begins to act more mature in this episode, and I trust that his maturing will continue. Rodska was excellent as usual.

Any doubts I had about continuing the series after my disappointment with the admirals daughter are now set aside. This installment is a return to the core of Kydd's progress as a naval officer with refreshing new twists.