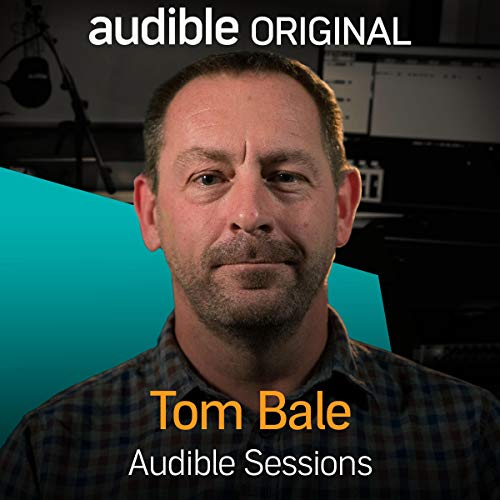 Joining us at Audible Studios is Tom Bale (the pseudonym of David Harrison), author of titles such as One Dark Night and Skin and Bones. His latest title, The Stone Song, ventures into a brand-new genre for him.

Harrison, born near Brighton, has worked in retail, in a factory, as a claims handler for an insurance company and as a househusband, but his ultimate goal throughout life was to become an author. Harrison knew he wanted to be an author from a young age when he realised that people made up stories for a living. As a teenager, he wrote dozens of short stories and sent them out to anyone he thought might be interested, and he received many, many preprinted rejection slips. Undeterred, he carried on writing short stories and, through his 20s, sold romantic fiction to women's magazines.

Harrison then turned his head to crime fiction, and his first book was finally published in April 2006. It was only after publication that he realised how many people shared his name, and he chose Tom Bale as a pseudonym.

Harrison then had a vivid dream, which was the entire opening sequence of his next book, Skin and Bones, which caught the attention of many literary agents, and Harrison had the difficult but exciting choice of choosing an agent, before Random House offered him a two book deal. Finally, Harrison was a full-time author, as he had always dreamed. Since then, he has published a further seven novels, and now his newest title, The Stone Song, is being published by Audible.

We spoke to David Harrison about The Stone Song, his determination to become a writer and his life as an author.