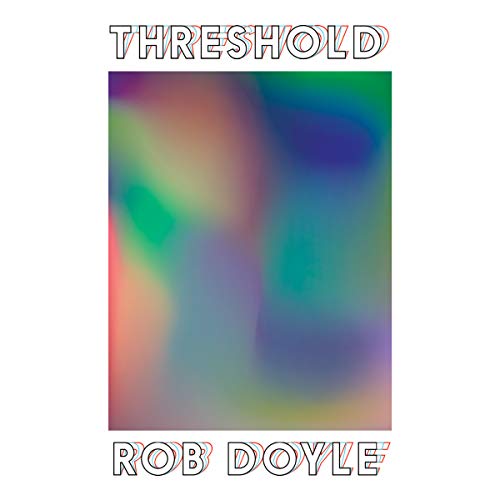 "Threshold, or, how I learned to stop worrying (about what sort of novel this is) and love the narrator, whose brilliance and humor on drugs and literature, sex and boredom and death, leave me in awe." --Rachel Kushner

"A Pilgrim's Progress for our time." --Mike McCormack

"A thrilling mutation...[Doyle's] is a journey you don't want to miss." --Chris Power

An uninhibited portrait of the artist as a perpetual drifter and truth-seeker - a funny, profound, compulsive listen that's like traveling with your wildest and most philosophical friend.

The narrator of Rob Doyle's Threshold has spent the last two decades traveling, writing, and imbibing drugs and literature in equal measure, funded by brief periods of employment or "on the dole" in Dublin. Now, stranded between reckless youth and middle age, his travels to far-flung places have acquired a de facto purpose: to aid the contemporary artist's search for universal truth.

Following Doyle from Buddhism to the brink of madness, Threshold immerses us in the club-drug communalism of the Berlin underworld, the graves of myth-chasing artists in Paris, and the shattering and world-rebuilding revelations brought on by the psychedelic DMT, the so-called "spirit molecule."

Exulting in the rootlessness of the wanderer, Doyle exists in a lineage of writer-characters - W. G. Sebald, Ben Lerner, Maggie Nelson, and Rachel Cusk - deftly and subversively exploring forms between theory and autobiography. Insightful and provocative, Threshold is a darkly funny, genuinely optimistic, compulsively listenable celebration of perception and desire, of what is here and what is beyond our comprehension.

Part documentary, part travelogue delivered with wit, style and humour. I thoroughly enjoyed this “trip” set in various places around the world during the author’s travels. Like many of the drugs described, it leaves you wanting more. Looking forward to a Threshold 2, of ever something like that is likely to exist or become reincarnated ...

Irish author Rob Doyle wanders the world and consumes a variety of different drugs (ketamine, psilocybin, ayahuasca/DMT, etc.) in search of mystical experiences to write about. An artist friend of his once told him that he painted "not so much to solve the mystery, but to deepen it" and I believe the same is true of Doyle's writing. His autobiographical novel walks a fine line between the comical and the solemn, the absurd and the profound, as he follows hedonistic impulses and is sometimes brought to terrified reverence by his journeys into the unknown. At some point, Doyle quotes the words of Chilean writer Roberto Bolaño from an interview in Playboy magazine:

What are the kinds of things that make you laugh?
My own and other people’s misfortunes.

What sort of things make you weep?
The same: my own and other people’s misfortunes.

While visiting the town near Barcelona where Bolaño spent his last years, Doyle imagines himself as a character dreamed up by the Chilean: "It might have been a Bolaño story, one of those faintly hallucinatory narratives about a drifter who turns up in some town, has an inconclusive encounter or two and moves on, having learned nothing and finished up more lost than when he started out." I guess you could sum up Threshold like that. I enjoyed Doyle's poetic observations about life, about the characters that he encounters along the way and the surrealist writers in whose works he finds inspiration.

About Alan Smyth's narration, I'll say that I found most of it brilliant and I wish I could give him five stars. However, his pronunciation of all things foreign is ghastly. I can't believe that Doyle wouldn't be able to pronounce correctly the names of the writers that he's so fascinated with. It's just painful to hear. Otherwise, Smyth's performance is great.