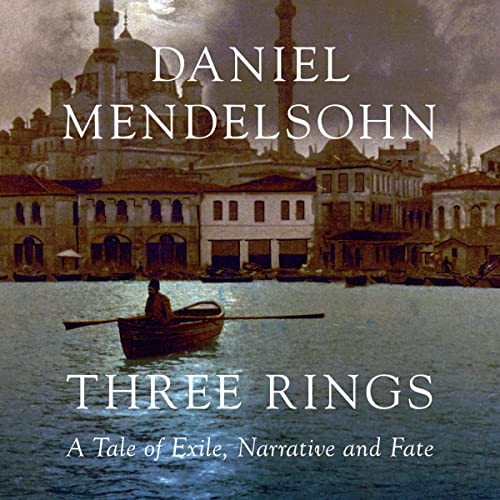 In this genre-defying book, best-selling memoirist and critic Daniel Mendelsohn explores the mysterious links between the randomness of the lives we lead and the artfulness of the stories we tell.

Combining memoir, biography, history and literary criticism, Three Rings weaves together the stories of three exiled writers who turned to the classics of the past to create masterpieces of their own works that pondered the nature of narrative itself.

Erich Auerbach, the Jewish philologist who fled Hitler's Germany and wrote his classic study of Western literature, Mimesis, in Istanbul.

Francois Fenelon, the 17th-century French archbishop whose ingenious sequel to the Odyssey, The Adventures of Telemachus - a veiled critique of the Sun King and the best-selling book in Europe for 100 years - resulted in his banishment.

Intertwined with these tales of exile and artistic crisis is an account of Mendelsohn's struggles to write two of his own books - a family saga of the Holocaust and a memoir about reading the Odyssey with his elderly father - that are haunted by tales of oppression and wandering. As Three Rings moves to its startling conclusion, a climactic revelation about the way in which the lives of its three heroes were linked across borders, languages and centuries forces the listener to reconsider the relationship between narrative and history, art and life.

"Exquisite.... Ornate and oneiric, the results are well worth circling and circling back to." (New York Times Book Review)

"As always, the author's voice blends authority with considerable warmth and charm, luring readers into his complex intellectual enthusiasms...Three Rings, a short but profoundly moving work, clings with tenacity to a belief in the regenerative power of literature." (Wall Street Journal)

"Spectacular.... The reader feels the flow of a strong narrative, trusts the author’s seafaring skills and embarks on a brilliant journey...Three Rings is a glorious celebration of multiplicity, diversity, journeys, transformations and our common humanity." (Times Literary Supplement)