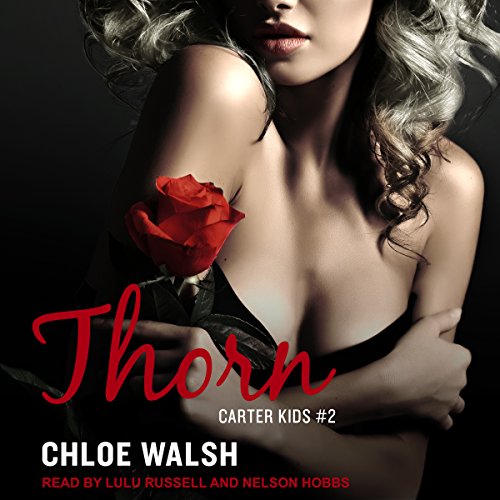 Noah and Teagan's fragile relationship never stood a chance - not with Noah's meddling stepsister and Teagan's overbearing uncle - not to mention Noah's aggressive ex, Reece, and the volatile criminal gang out for the blood of both of them.

Fast forward to seven years later, and Noah, fresh out of a prison cell, has taken the sports world by storm. He's the best. A fighter. The champ. Unattainable. Unbeatable. But none of that matters to Noah. All he wants is vindication and revenge on the woman who broke his heart and abandoned him when he needed her most - his Thorn.

Teagan has spent the last seven years licking her wounds in a backstreet flat in Cork City. Left reeling over Noah's actions that night, Teagan has spent years trying to piece her life back together, but the memory of what she saw that night continues to haunt her, making her bitter and cold. Desperate to move on from Noah once and for all, Teagan throws herself into a relationship with her first love, Liam, forcing herself to move on despite the protests of her heart.

One fateful night brings the pair back together again. For Noah, it's a triumph. For Teagan, it's a travesty. Old feelings burst to the surface, burning brighter and hotter than ever before, and throwing a spanner in the works for Teagan's fickle relationship with Liam.

But are their feelings too strong to deny? Can she let go of the past? Can Noah trust the woman who walked away from him?

This story was good but the back story was a little annoying. Also the next series is not part of the audible package so I feel cheated. I gave four stars for Nelson Hobbs. The female reading style was annoying and I wouldn’t pay to hear her unless it’s part of audible package.

So much back story

I love the story but there is so much back story from the previous books. it’s repetitive and the story from both female and male character again is the same story from just both sides. I’m almost not interested in the next book because of the backstory I know I will have to listen to before I hear something new.