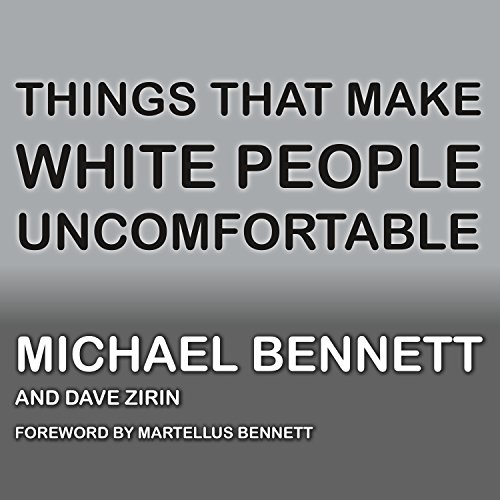 Super Bowl Champion and two-time Pro Bowler Michael Bennett is an outspoken proponent for social justice and a man without a censor. One of the most scathingly humorous athletes on the planet, he is also a fearless activist, grassroots philanthropist, and organizer. Bennett, a defensive end for the Seattle Seahawks, has gained international recognition for his public support for the Black Lives Matter movement and women's rights. Bennett donates all his endorsement money and half of the proceeds from his jersey sales to fund health and education projects for poor underserved youth and minority communities, and has recently expanded his reach globally to provide STEM programming in Africa.

Dave Zirin has been called the "finest, most important writer on sports and politics in America", by Dr. Cornel West, Professor of the Practice of Public Philosophy at the Harvard Divinity School. He is sports editor for The Nation and author of several titles for Haymarket Books, including his critically acclaimed book The John Carlos Story, written with 1968 Olympian John Carlos.

As a black man in America I completely understand where Michael was coming from with his experiences. I love this book and would recommend it to all. Hopefully it could get through to some of the privileged.

Loved it from the very beginning

This book was Excellent all the way through. Inspiring and very informative. This should be a must read for everyone of each race.

Forward-Thinking Consciousness In Being Human ❤

Informed me that their are others provoking the same ideas and taking action to make peoples lives better. Throughout listening to this book had me pondering a major question...What is the fear from White America that believes in oppressing those who are non-White? The preamble of the United States, this country's most pre-imminent living document states..."We the people, in order to form a more perfect union, establish justice, ensure domestic tranquility, provide for the common defense, promote the general welfare....These are powerful words meant for all. Not some, but all Americans born or accepted as citizens under the symbol of our American flag. It is simple. Just Do it!

Michael Bennett gives a very funny, raw and real review of his life before and during football. Not only does he really examine life as a black boy in the South but as an activist and a man in the NFL

it was a great read. it talked on today's issue in a different, real, raw way that everyone should hear.

Thanks for making me take a trip around my own world of warped thinking. A great book built from the vantage point of a successful NFL star. Lessons learned from the journey, the advocacy, and the emotional tolls life can throw at you. Not a racially biased piece of work that adds to the divisive culture of today, but a well thought out look into the world of someone who is still coming into his own life and especially his own discomfort. Thanks Mr. Bennett, well done.

All Men are created equal. All lives matter. I am from a military family. All Men/Women should work together much better. I agree with the author about the importance of forgiveness.

The whole book was excellent. I have nothing but respect for Michael Bennett as a man and professional football player. This is a book you must read.

Must listen, football fan or otherwise

I haven’t had a book surprise me in a while. Truly wonderful, having watched him play for so long I never thought he could be so thoughtful. Sneaky profound

A must read for everybody It's very inspirational

I love this book from start to finish Michael Bennett brings up real issues that are going on in the world today and ways that we can solve them I think all ages should read this book and really take in what he says. In could change the world. Growing Up as a young black man in Washington I have experienced many sides of racism . And have also experienced some really great people who don't see color but see the human being that you are. He also brings up great ways to respond to racism and to not fight violence with violence I just love this book great read and a must read.

[ Michael Bennett if you read this I just want you to know you're one of my biggest idols!! I'm a veteran of the USCG and have been a Seahawks fan for life and the moment you took that knee during the national anthem to stand up for social justice and inequality and for what you truly believe the first thing I had to do is get your Jersey for that year even though I just bought a Russell Wilson one. I wanted to have those uncomfortable looks and discussions out and about in town to educate the people who can't get past you kneeling during the national anthem. I knew it was never about disrespecting the Military and the people who put down their lives for this country. Your book has truly inspired me!!! I just want to say thank you!!!!!]