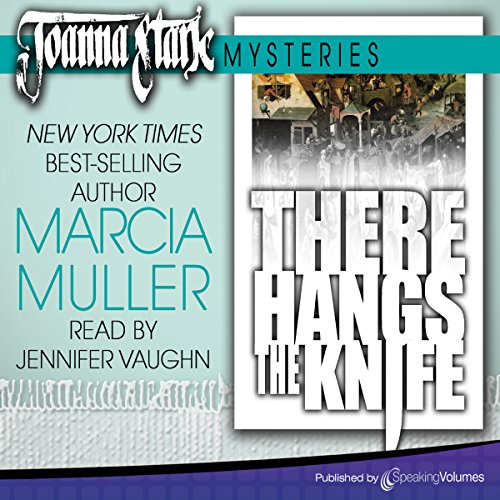 There Hangs the Knife

Joanna Stark can't seem to forgive and forget; what happened 20 years ago still plagues her. She knows the only way it can be resolved is if she gets her revenge. So she devises an intricately-plotted plan to entrap and expose Anthony Parducci, an art thief who also happens to be her worst enemy and a man who once, a long time ago, she truly cared about. Knowing that two paintings from Pieter Bruegel's Proverb Series have already been stolen, and most certainly by Parducci, she has a friend order and then show a "copy" of a Bruegel in his London gallery in order to lure Parducci in. When the painting is stolen, Joanna is thrilled that her plan has been set in motion. But she soon realizes that someone double-crossed her and took the Bruegel before Parducci could get to it. Now both Parducci and Joanna are out to get the painting.