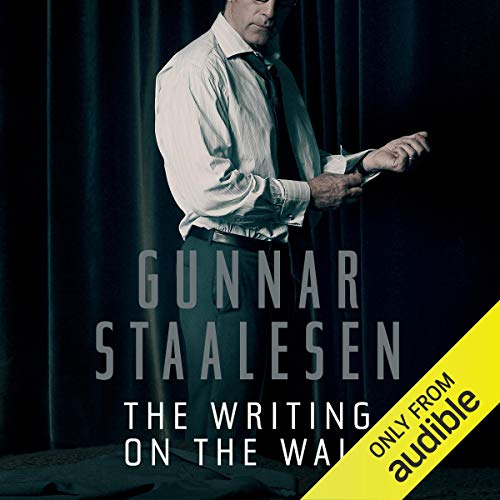 The Writing on the Wall

In this crime drama, detective Varg Veum's adventures take him into the world of privileged teenage girls who have been drawn into drugs and prostitution.

The situation worsens when the local judge is found dead in a luxury hotel, clad only in women's lingerie. Called in by anxious parents to look for a missing daughter and explain the judge's death, Varg is led deep into Bergen's criminal underworld.

another excellent book by Gunnar Staalesen with narration by Colin Mace

realistic characters, sustained suspense, good sense of place and time. hard to put down, great revealing of the ending without a big wrap it up to explain what happened

Varg Veum struggles through the seedy side

Varg Veum struggles through the seedy side of town looking for a missing teenager. He uncovers a well organised teenage prostitution operation, has his life threatened a number of times and maintains regular surprise developments right up until the end. An entertaining series in the top tier of my library.