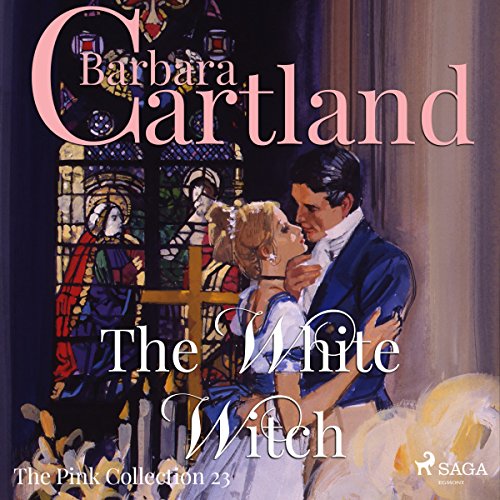 The Marquis of Wynstanton had become involved with one of the beauties of London Society - Locadi, Lady Marshall and when her husband died unexpectedly, the Marquis set out on a long journey to India and Nepal, as he wished to avoid any gossip arising about their liaison. After his return, he resumed the affair, staying on in London for some time when he should have gone straight to Wyn Castle and his country estate. Then he began to suspect that Locadi was using black magic to entice him to her and to induce him to propose marriage.

Almost in a panic the Marquis returned to his estate, which he had neglected for so long only to find to his horror that he had been cheated by the manager he had left in charge. At Wyn Castle he meets Flora Romilly, the daughter of a distinguished author. She is known locally as the "White Witch", because she can heal ailments with plants and leaves from her herb garden and has worked wonders with his grandmother's rheumatism.

How Flora despises the Marquis as she is so disgusted at the way his people have been treated in his absence. How she is persuaded to help him make amends and put matters to rights on the estate. And how in fleeing from London the Marquis has not escaped from Locadi and her evil magic is all told in this unusual and exciting story by Barbara Cartland.

Between the ages of 77 and 97 she increased her output and wrote an incredible 400 romances as the demand for her romances was so strong all over the world. She wrote her last book at the age of 97 and it was entitled perhaps prophetically The Way to Heaven.