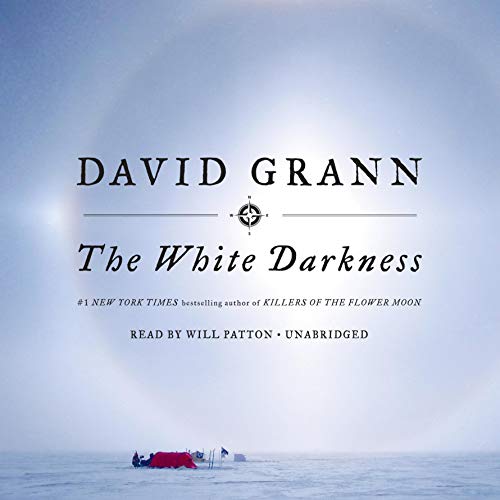 By the number one New York Times best-selling author of Killers of the Flower Moon, a powerful true story of adventure and obsession in the Antarctic

Henry Worsley was a devoted husband and father and a decorated British special forces officer who believed in honor and sacrifice. He was also a man obsessed. He spent his life idolizing Ernest Shackleton, the 19th-century polar explorer, who tried to become the first person to reach the South Pole, and later sought to cross Antarctica on foot. Shackleton never completed his journeys, but he repeatedly rescued his men from certain death, and emerged as one of the greatest leaders in history.

Worsley felt an overpowering connection to those expeditions. He was related to one of Shackleton's men, Frank Worsley, and spent a fortune collecting artifacts from their epic treks across the continent. He modeled his military command on Shackleton's legendary skills and was determined to measure his own powers of endurance against them. He would succeed where Shackleton had failed, in the most brutal landscape in the world.

In 2008, Worsley set out across Antarctica with two other descendants of Shackleton's crew, battling the freezing, desolate landscape, life-threatening physical exhaustion, and hidden crevasses. Yet when he returned home, he felt compelled to go back. On November 13, 2015, at age 55, Worsley bid farewell to his family and embarked on his most perilous quest: to walk across Antarctica alone.

David Grann tells Worsley's remarkable story with the intensity and power that have led him to be called "simply the best narrative nonfiction writer working today." The White Darkness is both a gorgeous keepsake volume and a spellbinding story of courage, love, and a man pushing himself to the extremes of human capacity.

"Grann's prose moves at a brisk pace...with a style that conveys the immensity of Antarctica and the difficulty of Worsley's journeys...." (Los Angeles Times)

"A handsome volume.... Mr. Grann ably conjures the rasp of sled runner on ice and the skin burn of minus-40." (Wall Street Journal)

"Grann weaves tales of historic expeditions into his dimensional portrait of the driven Worsley.... [He] works his narrative magic on Worsley's adventures, their dizzying dangers, and the 'majestic deathscape' of the Antarctic." (Booklist, starred review)

Will Patton is one of the voices at Audible, the if the lucky author obtains his service, makes it an incredible adventure story. Will Patton is the key... he understands this quest and takes you along.... Will, I would buy the phonebook if you were narrating.

excellent tale of adventure and resolution

a brief and well-told account of a modern-day adventure explorers attempt to cross Antarctica. the ghost of Shackleton is smiling.

excellent narration, full of emotion. it is a bite size story of adventure and human nature

A well-written story of an astounding human being, equally well-read with passion and eloquence. Wow.

Great story, well written but extremely odd selection of reader. Listening to someone with a strong US southern accent speaking the words of British polar explorers seemed out of place. Reader also “over-acted” with high frequency, something both Shackleton and Worsley, the two heroes of the story, would surely have found off-putting. Better Kindle than Audible until this is read by someone else!

Brilliant in every way.

Loved loved loved this book. It’s strength and power to drive emotion is all about the grit and dimension of the human spirit.

It astounds me to no end the capacity of the human spirit that surpasses the physical. Equally astounding is our capacity to want to go further and explore more. What a story.

I really enjoyed this. Truly brave men with incredibly supportive wives, families, and donors (to include governments). Well read. Many times, maybe because I have worked in the Arctic, I could really visualize what was happening. Highly recommend.

Grann loves these obsessed, doomed explorers and so do I. I'm so used to hearing Will Patton reading the Robicheaux series, I had a little cognitive dissonance hearing him describing the antarctic, but eventually I got used to it. This is a great listen.

Beyond dogmatism and fanaticism is the heart of one transfixed on the goal, a true poetic Zealot!

"In spite of his aching muscles and dropping temperature, the sun was now hugging the horizon, He went for an evening walk. He decided to make this a daily ritual, like a mystic pursues enlightenment through self-abnegation."