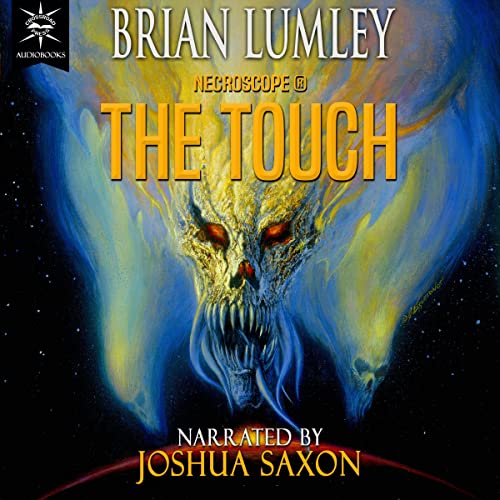 A trio of bloodthirsty aliens have already destroyed one world and most of their own race; now they have their eyes set on earth. Their opponents: the men and woman of E-Branch and a brand-new Necroscope!

Malevolent aliens, the Mordri Three decide to become so evil that God himself will have to stop them. They can alter flesh with a simple touch, literally turning people inside out or seeding them with cancer. The Three have already destroyed an entire solar system and most of their own race. Their next targets: mankind and Earth!

On Earth, Scott St. John is mourning his beloved wife when he is struck by a golden arrow of light—a fragment of the soul of Harry Keogh, the original Necroscope—and gains powers he does not understand. A mysterious, beautiful woman appears, desperately trying to warn Scott about something...then vanishes mid-word. Scott dreams of a very unusual Wolf, who begs him—in human speech—for rescue.

A fledgling Necroscope, a telepathic Wolf, a beautiful woman from beyond the stars, the ghost of Harry Keogh, the best of E-Branch's psychic fighting forces, and a dead girl who is not yet ready to seek her just reward must defeat three impossibly strong, psychically gifted monsters whose touch literally melts flesh from bone.

Lumley and Saxon are like Beans and toast... if it ate you instead! All of Lumley's tales hit me like no other.