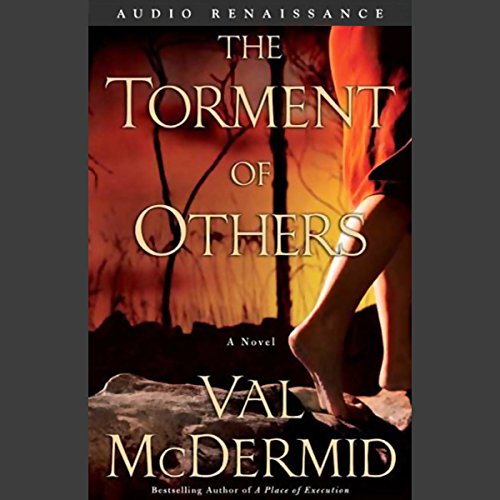 The Torment of Others

The Torment of Others

In a small, grim room, the body of a woman is discovered, panic and pain etched in her face. The scene matches in every detail a series of murders two years ago, murders that ended when irrefutable forensic evidence secured the conviction of a deeply disturbed young man named Derek Tyler.

But there's no way Tyler could have killed the latest victim. He's been locked up in a mental institution since his trial, barely speaking a word. So is there a copycat?

All his years of experience tell top criminal psychologist Dr. Tony Hill that there isn't, but that would make the murders literally impossible. While Hill tries to crack Tyler, DCI Carol Jordan and her team must mount a desperate undercover operation to trap the murderer, a decision that will have terrible consequences.

As the tension mounts, a mixture of psychological insight and dogged detective work leads inexorably to a terrifying climax where Tony faces one of the most perverse killers he has ever encountered.

"One of McDermid's finest." (The Times [London])

Ce que les auditeurs disent de The Torment of Others

Very good BUT an abridged version

I have enjoyed everything I have read or heard by this author for years. The readers are usually exceptionally clear even when speaking in UK regional dialects. The characters are enjoyable and well-defined, the storyline thrilling yet plausible. There is a degree of violence certainly, but it is not overly graphic. Any book suffers when abridged and this is no exceptionj. There were points in listening to this selection where I went back to listen again thinking I had missed something only to find it had likely been edited away...

What would have made The Torment of Others better?

I would NEVER have wasted a credit on this if I new it was an abridged edition (and not a well done one either). My error and it won't happen again.

The ending is just abrupt and nonsensical. Ruined a good book. Not up the first 90% of the book.

I enjoyed the storyline and the narration. However, due to being abridged the story seems rushed:-\

These books are not for the faint of heart. McDermid really gets into the heads of the psychopaths she writes about. She also brings Carol Jordan and Tony Hill to life. If you've seen the BBC Wire in the Blood series, these are the books. This book varies greatly from the television version, leaving only the bones intact.

Merrick as been promoted, and the first case he draws is a missing child that goes unsolved. When a second boy is taken, he wishes D.I. Jordan were still there and asks himself what she'd do in his place. Bring in profiler and psychologist, Tony Hill, that's what. While Merrick makes the request, his boss, Brandon, is also thinking about D.I. Jordan. About how he'd like to see Bradfield have a crack murder squad of its own with Carol Jordan at the head.

I am constantly struck by McDermid's obvious research. These books are brutally realistic, and this one sees one of the good guys in heart-wrenching danger. This isn't the kind of book you love. It's the kind of story that takes you places you want no other avenue into and intrigues.

Mc Dermid does it again

I have been a fan of the "Wire In The Blood" TV series and was delighted that two of the original novels were in audio format. Fantastic plot and characters, I wish there were more.

Once again, Gerard Doyle proves to be one of the - if not the - best speaker(s) / reader(s) for audio books. His talent, to give every person a different voice and to build up tension without overdoing it, is just marvellous.

The story itself did not grip me like Val McDermid usually does, that is why I award only 4 of 5 possible stars. But this means complaint at a high level.