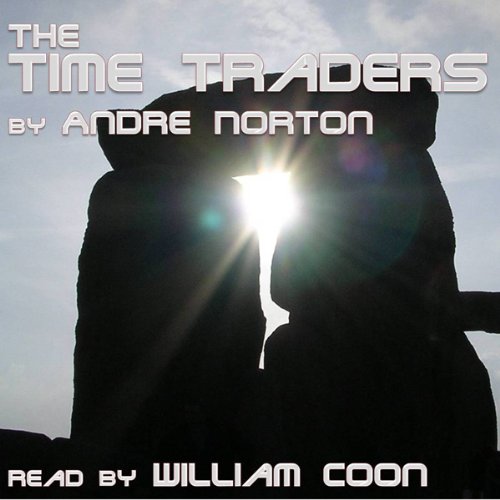 "To anyone who glanced casually inside the detention room the young man sitting there did not seem very formidable…unless one was observant enough to note those light-gray eyes and catch a chilling, measuring expression showing now and then for an instant in their depths."

The young man in question, Ross Murdock, is about to embark upon the adventure of his life. In order to avoid prosecution, he reluctantly joins Operation Retrograde, whose members are exploring various time periods.

Their goal? To find out where – and when – the ‘Reds’ are obtaining certain scientific breakthroughs, in order to maintain the balance of global power. An outsider in his own time, Ross becomes an outsider in other times as well, and faces one challenge after another. Will he succeed? Or will he inadvertently alter time forever?

The Time Traders combines some fact with much fantasy to produce a believable result. Time travel is not new in science fiction nor is the anti-social hero a particularly fresh type, but in Miss Norton’s skilled hands, the story of Ross Murdock’s adventures in the past … makes fascinating reading. ( New York Times Book Review)
Well plotted, full of suspense, with many provocative concepts. Recommended wherever science fiction is needed. ( Library Journal)

Classic scifi moves at a different pace. What I liked about this book was the fact that it approaches the unknown with a sense of wonder (as opposed to today when most scifi treats the unknown as something dangerous or deadly). But it moves slowly, and the protaganist goes from punk kid to self-reliant time traveler way too quickly to be believable. Also, there is a real sense of "deux ex machina" in the writing - all those convenient conicidences! Not bad, but not great.

If you could sum up The Time Traders in three words, what would they be?

Definately different than most cookie cutter science fiction books. Very interesting premise spanning both the future, science fiction, and ancient history. At times the story kind of got lost in all the details of each time period, thus dragging it down a bit. Was very inexpensive for my Kindle so it was worth the price. Fantastic and fast moving in areas while in other areas slow moving and detail ridden.

He was fairly monotone and at times seemed to drone on and on.

Very interesting premise and mix of historical periods with futuristic periods of time.

The narration didn't have as much emotional inflection as I would have hoped for. But, the story didn't present as much opportunity for that either. This is a story I enjoyed more when I was a lot younger. Now, it doesn't have quite enough meat to it.

...what a fun way to travel through time...! My first Andre Norton novel, but it won't be the last!

Story, story, story! Original characters that allow the reader to enjoy the twists and turns of time travel.

I've read the book a long time ago but needed something to listen to on a long drive. While the story line is fascinating, the narrator makes it hard to bear with his unvaried tone, and terrible attempts at accents. I'm glad the next few aren't narrated by him otherwise I would not buy them. It's a great read but try to find it narrated by anyone else.

I read this book in epub format a few years ago and I was happy to find it here. I'm greatly disappointed that the 2nd book in the series is not available, but I understand the time and expense it takes to create an audiobook.

The story was okay but

The narrator sounds like a less expressive Siri clone.

The story middle of the road, it's exactly what you expect from Andre norton

This is old style SF. Which to me means that the science is part of the setting, but the thrust of the story is an adventure. An adventure which we can share.