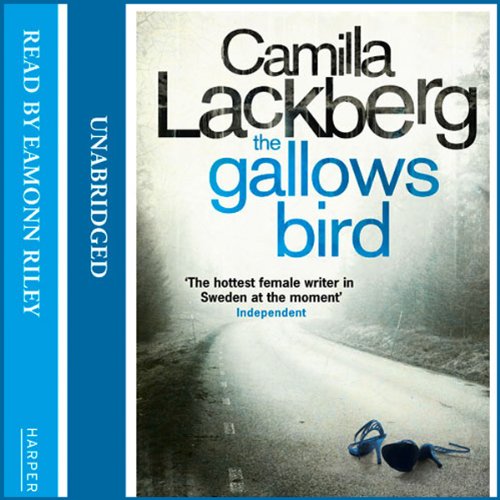 The Stranger (originally published as The Gallows Bird)

For the first time in English, the fourth psychological thriller from No 1 bestselling Swedish crime sensation Camilla Läckberg.

A woman is found dead, apparently the victim of a tragic car crash. It’s the first in a spate of seemingly inexplicable accidents in Tanumshede and marks the end of a quiet winter for detective Patrik Hedstrom and his colleagues.

At the same time a reality TV show is being shot in the town. As cameras shadow the stars’ every move, relations with the locals are strained to breaking point. When a drunken party ends with a particularly unpopular contestant’s murder, the cast and crew are obvious suspects. Could there be a killer in their midst?

As the country tunes in, the bodies mount up. Under the intense glare of the media spotlight, Patrik faces his toughest investigation yet…

“Lackberg is an expert at mixing scenes of domestic cosiness with blood-curdling horror… a must for white-knuckle junkies.” ( The Guardian)

I found this a disappointing listen though the narrator does his best. I think it was more than rather weak translation - this book is not well written - it is laboured and it shows. There is a great deal of needless padding as in painstaking description of detail that we just don't need to know and there is also a peculiar tone to ths book which often reads like a childrens book. Added to this the irritatingly New Swedish Men, plodding Patrick & his sidekick Martin, who trip over themselves to be Politically Correct this book lacked the tension essential to a really good thriller.

I am an avid listener of Camilla Lackberg ever since listening to The Ice princess. I do think that you have to listen to the books in the order that they were written so that you can get to know the characters and also get used to Camilla's style of writing. The Gallow's Bird is certainly, in my opinion, a nail biter and a brilliant listen. It keeps you guessing until the very end as to whom comitted the crime. I thoroughly enjoyed it and also loved the reading. Emonn's accents were brilliant. I can't wait to see what is going to happen next. Hopefully The German Brat is translated soon so that we can find out.

Fascinating plot which keeps you on your toes and the performance is really good! A very entertaining listen!

I had never read Camilla Lackberg but since I like Nordic whodunits, I decided to give her a try. Never more. Although the plot is interesting and complex, she doesn't succeed in bringing in together. The dialogues are especially stilted and even corny. Eamonn Riley does a reasonable job of narrating, though.

What did you love best about The Gallows Bird?

The story is with flashbacks, well constructed.

The caracters are brilliants, very well written their feelings.

This is the second book I have tried by this writer. I didn't like the first one but was willing to give her a second chance. I should have known better! To call this 'crime fiction' is quite a stretch. There is 10% police story but most of the book is best described as domestic detail - chapters and chapters about the cuteness of their baby or Erika choosing her wedding dress or some other tedious information. I started fast forwarding through those bits I was getting so bored. The characters are wooden stereotypes - the humourless but oh so PC hero husband, the ridiculous boss. I suspect the narrator made it worse. His jolly, breezy tone would be more appropriate to a children's book.

All in all, a badly written, wooden book full of tedious fluff. Avoid!