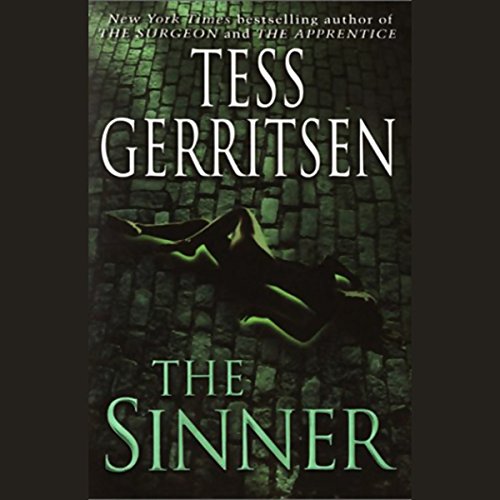 Not even the icy temperatures of a typical New England winter can match the bone-chilling scene of carnage discovered in the early morning hours at the chapel of Our Lady of Divine Light. Within the sanctuary walls of the cloistered convent, now stained with blood, lie two nuns: one dead, one critically injured  victims of an unspeakably savage attacker.

The brutal crime appears to be without motive, and the elderly nuns in residence can offer little help in the police investigation. But medical examiner Maura Isles' autopsy of the dead woman yields a shocking surprise: twenty-year-old Sister Camille, the order's sole novice, gave birth before she was murdered. Then the disturbing case takes a stunning new turn when another woman is found murdered in an abandoned building, her body mutilated beyond recognition.

Together, Isles and homicide detective Jane Rizzoli uncover an ancient horror that connects these terrible slaughters. As long-buried secrets come to light, Maura Isles finds herself drawn inexorably toward the heart of an investigation that strikes closer and closer to home  and toward a dawning revelation about the killer's identity too shattering to consider.

"Another captivating, horrific thriller in her extremely popular canon." (Booklist)

GREAT CHARACTERS, DRAMA AND SUPENSE. I highly recommend.
You will be more than pleased with this book.

I really enjoy Tess Gerritson's stories! They are filled with intrigue, suspense, and a great storyline! This book keeps you guessing from the very beginning and has such a surprise ending! I highly reccomend this book as well as the other reads by Tess Gerritson!

Suspenseful from beginning to end.

I didn't realize that I had chosen the Abridged version of this book, but it was still good - the reader is one I have listened to before and enjoyed, and he did not disappoint here either. I think because of the abridgement I was aware of the reduced detail and story development compared to other Gerritsen novels. But I still enjoyed it in spite of wondering what the impact would have been to get the whole story.

While this book is one that will make you think before the next time you go out alone it is a great book. Dennis Boutsikaris is a great narrator and brings the book to life.

Where does The Sinner rank among all the audiobooks you’ve listened to so far?

The story was suspensful and had lots of twist and turns. I was just dissappointed I could not listen straight through.

Yes it did I could not figure out who did it.

The part near the end where they save each other.

The story is quite good. Interesting characters, good plot. It kept me interested the whole way, and there were some nice plot twists. Some of the plot was a bit outrageous, but it didn't really detract from the story.

The reader is fine as long as she is reading female characters (and most of the main characters are female, so that is good). But her interpretation of male characters is absolutely horrible. It sounds like Paula Poundstone doing a Darth Vader impersonation. It really turns the male characters into caricatures, because you can't take seriously someone who sounds so ridiculous.

I wish narrators would avoid trying to do characters, unless they're really good at it. If we want a dramatic presentation, we'll wait for the movie. Just read the words as written.

Not a bad read. Well written, not as predictable as most.