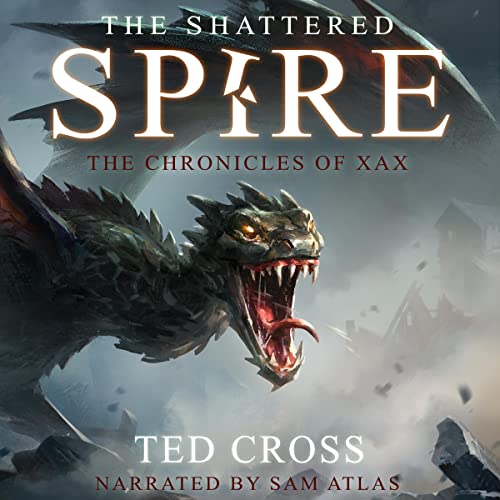 The magic of the Spire of Peace has banished evil from the Known Lands for more than 1,200 years. When a dragon destroys the spire and murders the king, the realm is thrown into turmoil. As civil war looms, can the royal Kaldarion family regain control over the kingdom and restore peace?

Livia, 20, is the eldest child of the slain King Varun Kaldarion. Though the wisest and most learned of the surviving family members, tradition says she cannot inherit the throne.

Balmar, 18, is too feeble-minded to rule, but his uncle, Duke Erol, crowns him anyway in order to appoint himself regent.

Darus, 17, was exiled by the spire's magic due to his bitterness that his father never named him heir. By force of personality and skill at arms, he has risen to command the army of exiles at the fortress of East Gate. Now he plans to invade the realm and take back what he feels is rightfully his by birth.

Imric, 13, was disavowed by his father after his mother died birthing him. Raised by his sister Livia, few in the realm even know he exists. Little more than a pawn in the conflict between Duke Erol and his brother Darus, Imric may hold the key to reuniting the fractured realm.

I really enjoyed this book and it's characters and world building. I see that there will be another book after this one and would like to Listen to it when it is Available. Narrator does a Great job with the various characters voices and the entire storyline. I highly recommend this book to those who like Fantacy!

Gripping story with action adventure and a DRAGON!

Let me start this review by saying the story is great and I want to listen to more in the series. It struck a great balance of action, adventure, romance, and relatable characters.

I didn’t give it full marks for the story since it seemed to drag on for the first couple of hours and I thought I might give up on it, but then it all started to come together and became very enjoyable.

You may ask why it dragged on or at least felt like it dragged on and on, might have been the story but I feel it was the narrator. The narrator did a great job with his individual characters, really bringing them to life and providing each one a discernible voice. The thing that hit me wrong was the tone he used when narrating the non-conversational parts, where the story was setting the scene.

I think this is going to be a interesting series. The first book was great. Such a lot happened and a bad dragon. Looking forward to what happens in book 2. Well worth a listen to.

Elves and dwarves and kingdoms beseeched by dragon

This was an interesting tale that captured my attention and wouldn't let go. If you're looking for a great audiobook, look no further. Author and narrator did a great job!