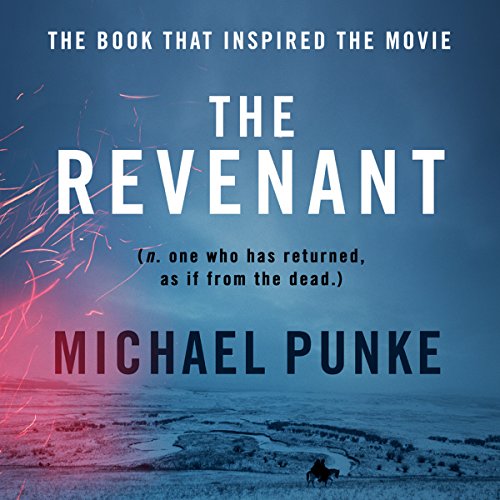 The book that inspired the award-winning movie.

Rocky Mountains, 1823. The trappers of the Rocky Mountain Fur Company live a brutal frontier life. Hugh Glass is one of the most respected men in the company, an experienced frontiersman and an expert tracker.But when a scouting mission puts Glass face-to-face with a grizzly bear, he is viciously mauled and not expected to survive. Two men from the company are ordered to remain with him until his inevitable death. But, fearing an imminent attack, they abandon Glass, stripping him of his prized rifle and hatchet.

As Glass watches the men flee, he is driven to survive by one all-consuming desire: revenge. With shocking grit and determination, he sets out on a three-thousand-mile journey across the harsh American frontier, to seek revenge on the men who betrayed him.

The Revenant is a remarkable tale of obsession and the lengths that one man will go to for retribution.

"A spellbinding tale of heroism and obsessive retribution." ( Publishers Weekly)

You shall perish by my hands

Would you consider the audio edition of The Revenant to be better than the print version?

Yes! Jeff Harding makes a difference, he is by far my favorite reader and even surpassed my expectations by giving flesh and bone to some characters speaking French.

The historical and geographic context , most of the characters . Hugh Glass who will give you shivers and cold sweats . Vengeance is the most powerful tool to keep you alive but it comes with a price.

What does Jeff Harding bring to the story that you wouldn’t experience if you just read the book?

Already have commented on that .

Not to that extent.On some occasions, I couldn't help laughing or drifting away, though.

Try as you might you do not control your fate you don’t get to choose at the end this is in part what the story is about. Buy it and uncover some depth of the human soul.