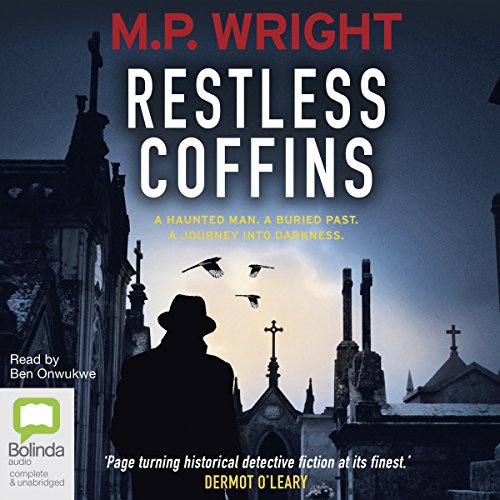 The exciting third instalment in the atmospheric JT Ellington series.

'Brother, a dead body can't run from a coffin, but their spirit sure as hell can try.'

1969, Bristol. Bajan ex-cop and reluctant private detective Joseph 'JT' Tremaine Ellington is still trading in cash and favours, lending a helping hand to those too scared to go to the police or anyone trying to stay one step ahead of them.

Life is tough for JT, who is broke. It is about to get a lot tougher when he receives a telegram informing him of a tragedy that has unfolded thousands of miles away. Ellington's sister, Bernice, has been murdered. Ellington wants to make the long journey back to his home on the island of Barbados to pay his final respects and to settle his late sister's affairs. To do so, he must accept a ticket from his shady cousin, Vic, on condition he travels to New York first, where Vic is building himself a criminal empire in Harlem.

Vic appoints the beguiling Evagelina Laveau to mind his cousin, along with his henchmen - Clefus Horton and a hotheaded Bajun, Pigfoot, a man always quick with his knife. JT soon discovers that Vic is the American end of an operation that stretches back to Barbados and that Vic's business partner is Conrad Monroe, the man responsible for the death of JT's wife and daughter. And as JT finds himself embroiled in the world of drugs, bent law, voodoo and the bitter legacy of slavery, he must return to the island of his birth and face the demons of his past.

Wonderfully read, so believable. A story of human cruelty and steadfast love. The characters leap to life, the descriptive dialogue evokes a visceral experience of sight, sound, and smell.