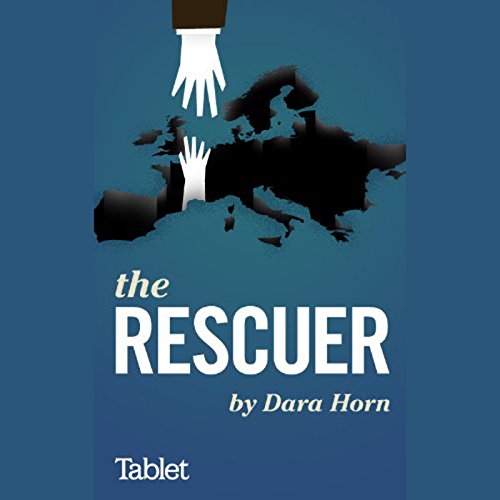 In 1941, a young Harvard-educated classicist named Varian Fry arrived in occupied France on a daring mission to rescue more than 2,000 of Europe's leading writers, artists, and intellectuals from the Nazis. Hounded by the Gestapo, he smuggled Marchel Duchamp, Marc Chagall, Hannah Arendt and dozens of other 20th century cultural luminaries out of France and brought them to America. So why did even the people Fry saved want to forget him?

In this fascinating psychological profile, acclaimed novelist Dara Horn, chosen by Granta magazine as one of the 25 best young novelists in America, follows the peculiar life and legacy of an American Oskar Schindler. In the process, she reveals the secrets of a man who risked his life when others were silent - and the unforeseen consequences, personal and cultural, of his bravery.

In this essay, Dara Horn probed the life of the almost-unknown Varian Fry, rescuer of famous Jewish persons from Nazi Europe. Not only did Horn explore Fry's life, his heroic rescue of more than 2,000 Jewish &quot;priests&quot; of Europe's high culture, and his neglect years later by those saved, she also revisited questions regarding the nature of evil and the people who fight evil: what &quot;oddity&quot; in Varian Fry drove him to rescue people unrelated to his life? Why do world cultures seem to value their shiny cultural achievements over goodness? Horn emphasizes the need for all of us to value the prophets of basic human decency: the Ezekiels, the people who see and try to stop (in their small brave ways) approaching evil.

A wonderfully told story about an American Saint (frail and broken) who risked his life for the people and ideas he loved.