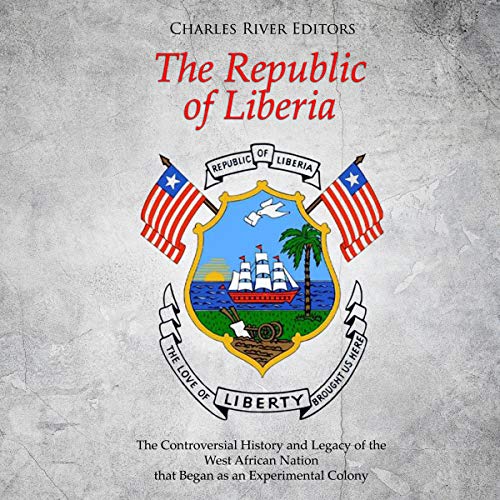 The Republic of Liberia: The Controversial History and Legacy of the West African Nation That Began as an Experimental Colony

The Republic of Liberia: The Controversial History and Legacy of the West African Nation That Began as an Experimental Colony

In the spring of 1786, an organization was founded in London to provide some aid for destitute blacks and Asians in the British capital who were by then beginning to become conspicuous. Quite a number of them were resettled blacks from the American colonies who aided British forces in the Revolutionary War and found themselves thereafter no longer welcome in the United States. Others were captives, slaves for one reason or another released on the high seas, and other stevedores and sailors washed up on the shore of England. It was generally believed that the figure was some 15,000, and with limited employment prospects and no community support, most were in very difficult circumstances indeed.

The motivations for this were complicated and varied, and in part they could be explained by an interest in creating circumstances advantageous to blacks, but also to give them an opportunity to form and run a colony effectively in order to debunk a widely held belief that no black man could do such a thing. There was also some value in redistributing freed blacks from the various plantation colonies of the empire, not to mention the political expedience of protecting the British Isles themselves from an expanding population of non-whites generated as a consequence of imperial activities.

The idea of locating this ideal colony in the vicinity of modern Sierra Leone came about thanks to the representations of a plant collector by the name of Henry Smeathman, who had recently returned from the West African region and believed that the Pepper Coast (also referred to as Grain Coast) offered the most viable prospects. At the time, British and European trade in West Africa was vibrant and wide-ranging, including the slave trade, and there was a steady movement of merchant and Royal Navy ships between West Africa and the British mainland. His reasons for advocating that spot are rather vague, although it probably was at the time one of the least deadly stretches of an otherwise fever-ridden coastline.

There was a lot of sentimentality and idealism behind the development of the idea, as well as a certain amount of pragmatism, but the upshot of it was that in 1787, a shipment of 4,000 blacks arrived in several ships offshore of what would today be Freetown. They were essentially dropped off, wished the best of luck, and otherwise abandoned. Conditions, of course, were primitive, and the mortality rate among these early pioneers was atrocious.

One of the first problems they faced was hostility from local tribes, and almost from the moment they landed, they found themselves in a state of war. Nonetheless, they managed to establish a bridgehead, and in due course a colony took root. Numbers were augmented occasionally by independent arrivals, and the steady deposit of captives collected in one way or another by the Royal Navy Atlantic Squadron.

The Republic of Liberia looks at the tumultuous history of Liberia from its colonization to the deadly civil wars that ushered in a new democracy in the 21st century.