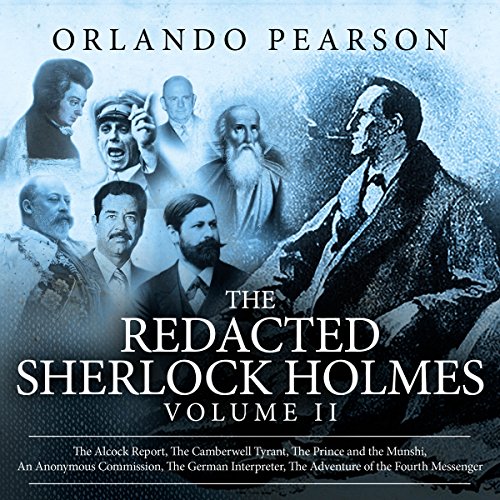 Volume II of the Redacted Sherlock Holmes presents more stories manifestly too scandalous to publish in the lifetime of the great Baker Street detective. Here we meet Sherlock Holmes as he investigates:

Finally, "The Adventure of the Fourth Messenger" elucidates the contribution of Sherlock Holmes to the writing of the Bible. Mr. Pearson mixes canonical stories, history and speculation to produce a sensationally entertaining brew which all lovers of serious sleuthing will find themselves unable to put down. In this volume: