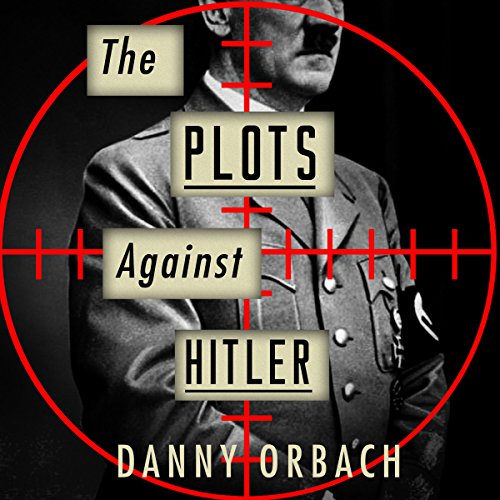 The Plots Against Hitler

In 1933, Adolf Hitler became Chancellor of Germany. A year later, all parties but the Nazis had been outlawed, freedom of the press was but a memory, and Hitler's dominance seemed complete. Yet over the next few years, an unlikely clutch of conspirators emerged - soldiers, schoolteachers, politicians, diplomats, theologians, even a carpenter - who would try repeatedly to end the Fuhrer's genocidal reign. This dramatic and deeply researched book tells the full story of those noble, ingenious, and doomed efforts. This is history at its most suspenseful, as we witness secret midnight meetings, crises of conscience, fierce debates among old friends about whether and how to dismantle Nazism, and the various plots themselves being devised and executed.

A narrator could be so much better - he is horrible.

DO NOT BUY THIS BOOK - YOU WILL REGRET IT

After viewing Valkrie, this was extremely interesting and enlightening. I would recommend this to anyone interested in the resistance movement against Hitler. The Narrator was good, he pronounced german names well.

This is the best book on the subject I have read. The historiography of this book is wonderfully done I highly recommend this book.