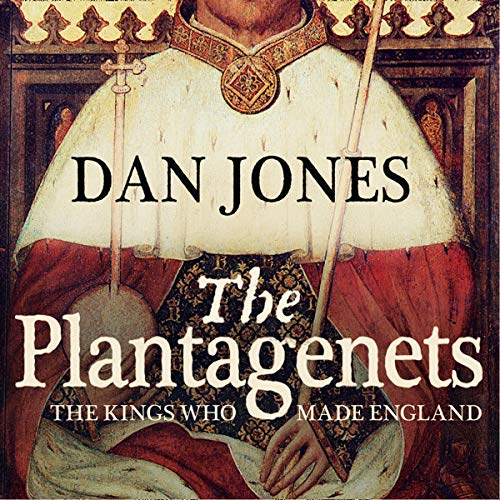 The Plantagenets: The Kings Who Made England

This brilliant new audiobook explores the lives of eight generations of the greatest kings and queens that this country has ever seen, and the worst. The Plantagenets - their story is the story of Britain.

England’s greatest royal dynasty, the Plantagenets, ruled over England through eight generations of kings. Their remarkable reign saw England emerge from the Dark Ages to become a highly organised kingdom that spanned a vast expanse of Europe. Plantagenet rule saw the establishment of laws and creation of artworks, monuments and tombs which survive to this day, and continue to speak of their sophistication, brutality and secrets.

Dan Jones brings you a new vision of this battle-scarred history. From the Crusades to King John’s humbling over Magna Carta and the tragic reign of the last Plantagenet, Richard II, this is a blow-by-blow account of England’s most thrilling age.

"Stonking narrative history told with pace, wit and scholarship about the bloody dynasty that produced some of England’s most brilliant, brutal kings." (Observer)

"Colourful and engaging...Jones has produced an absorbing narrative that will help ensure that the Plantagenet story remains stamped on the English imagination." (Sunday Times)

Ce que les auditeurs disent de The Plantagenets: The Kings Who Made England