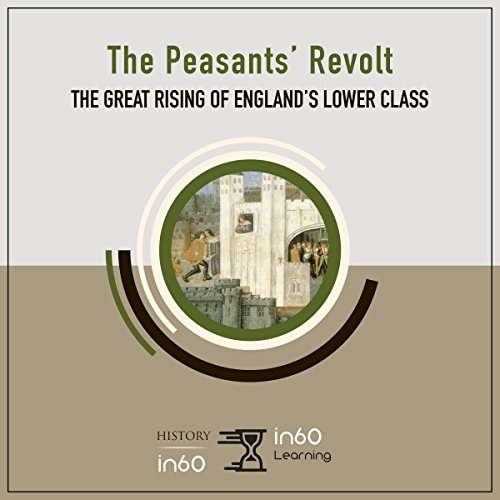 Get smarter in just 60 minutes with in60Learning. Concise and elegantly written non-fiction audiobooks help you learn the core subject matter in 20 percent of the time it takes to read a typical book. Life is short, so explore a multitude of fascinating historical, biographical, scientific, political, and financial topics in only an hour each.

The year was 1381. The English government had failed its lower classes time and again with repressive labor laws and high taxes, and the peasants had had enough. In an unprecedented outburst of force, the peasants revolted against their leaders in a bloody march on London, burning buildings and killing government officials.

The movement didn’t end there, though; it spread all over England, with Richard II trailing behind to suppress it. This audiobook delivers the fascinating history of this historical event that forever changed not just British history, but the world’s history.

most informative to where you live now

if you are alive in 2021 and beyond, this should be the first thing you learn.

Listen to this before the coming peasants’ revolt

The ivory tower Marxist professors are rallying the masses to foment another revolt, but this time instead of a revolt against lamentable working conditions and lack of food, it will be for safe-spaces, weird pronouns and compelled speech. If we don’t learn from our past, we might think that things are as bad today as they ever have been, and that fascism is actually still a thing, and that the president of the US of A is as bad as Stalin.

Learn about conditions actually worth revolting against, before starting the next revolution and making peasants of us all.

This is the fifth book I’ve read/listened to by In60 Learning. I enjoy the way they cover a subject- touching on or explaining aspects one would not usually learn in school or from “historical” movies. They don’t “take sides”, instead, covering many aspects of the topic.

This is the first book I’ve listened to by this narrator ( Russell Newton ). He does ok reading this but it does still feel a little stilted. There’s an annoying metallic noise in the background of the recording.


There are no explicit sex scenes, excessive violence or swearing.