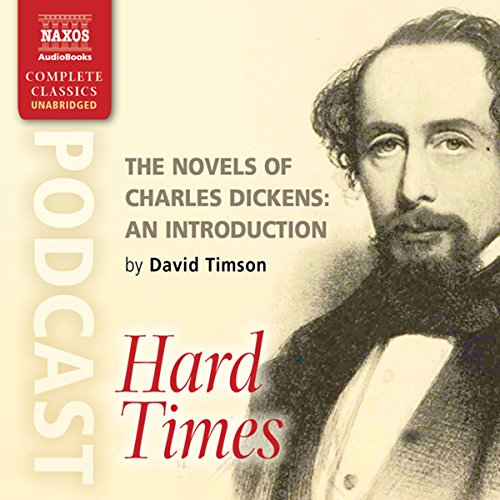 Hard Times is Dickens's most political novel. Set in the industrial north of England, in Coketown, he examines the lives of working people, who are taught by the capitalists Gradgrind and Bounderby to think only of the facts of life and not to indulge in imagination. Gradgrind’s own children have been so educated and as a result are dysfunctional and disconnected from their feelings. Only the travelling circus company of Sleary seems to offer any hope of humanity in Coketown. Hard Times is a deeply moving story written in anger to strike a blow for the victims of the dehumanising processes of industry.

I was really hoping for an introduction and the book, but that didn't happen. I will be careful in my picking next time.

For the price (free) - of interest to Dickens fans

I didn’t yet read (or listen to) Hard Times and it is on my wishlist. This was interesting as an introduction, and we got to hear samples of a different reader - Anton Lesser - which were quite good, so that you could consider this a promotion for that edition of Hard Times (but pay attention - there is an abridged and an unabridged, which is what any Dickens fan would go for). If you are a Dickens fan, sure, why not listen to this?