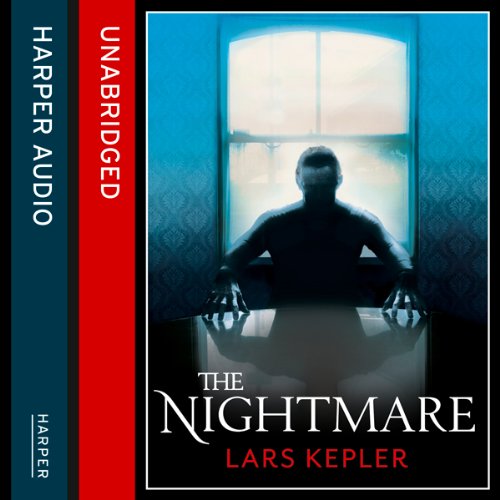 The chilling phenomenon begins again. On a summer night the dead body of a woman is found on board an abandoned pleasure boat drifting around in the Stockholm archipelago. Her lungs are filled with brackish water, but there are no traces of this water on her clothes or other parts of her body. Detective Inspector Joona Linna takes up the case. Forensics state that it was a simple drowning, that she must have been pulled aboard the boat which explains the lack of brackish water. But Joona knows better and suspects something much more sinister. The next day a man is found dead in his state apartment in Stockholm. The man is hanging in a noose from the lamp-hook in the ceiling. How did it happen? The room has a high ceiling with no furniture, absolutely nothing to climb on. Nevertheless Linna is convinced that it is suicide. Of course he is right. The man has committed suicide, but this fact doesn't close the case. It is only a prelude to a dizzyingly intense and dangerous course of events. There are certain agreements which cannot be broken off, not even if you are dead.

This is a thoroughly entertaining scandi-crime tale. Very much in the Jo Nesbo mould (without the serial killers and with a more politically related storyline). There are some implausabilities every now and again but overall it is a rollicking and highly enjoyable story. Sean Barrett is one of my favourite narrators and he does another great job to boot.

Favour for a nightmare.

Joona Linna investigates an illegal arms dealer after a corrupt government official commits suicide to avoid facing his worst nightmare. An incriminating photograph of an illegal arms deal is discovered and Joona Linna decides to investigate. A fantastic listen and read. Lars Kepler write brilliantly together and Sean Barrett gives an excellent performance as the narrator.

"I suppose the the title held a clue"

I love my Scandinavian crime but had a to drop out of this one before the end.
Great main character, perfectly narrated by the master but too violent, too many extra characters introduced just so they could be tortured or done away with - too much Mr Kepler. It actually reduces the tension and increases the eye rolling. I suppose the title held a clue. Should have paid more attention.

If you can't go to sleep, just listen to the boring, monotonous voice of the speaker and you will be lulled into sleep within minutes. The story seems to be a political thriller - a genre which I don't like - but this isn't apparent in the description. I will return the audiobook before finishing it.