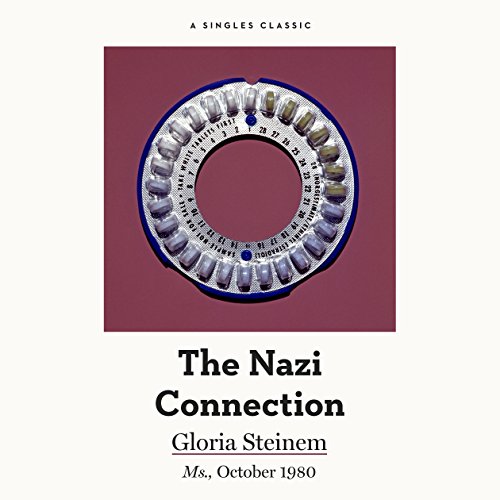 In Mein Kampf, Hitler wrote that "We must also do away with the conception that the treatment of the body is the affair of every individual." It was a direct slap at the feminist movement of Germany in the late 19th and early 20th century, an influential force for, among other things, divorce, contraception, and abortion; in short, for a woman's right to control her own body.

In her two-part essay, The Nazi Connection, Gloria Steinem examines Adolf Hitler's views on personal freedoms, and his war against feminism, and compares them to the 1980 Republication Platform and its support for a Constitutional ban on abortion. The Nazi Connection was originally published in Ms., October and November 1980.

none of my history classes, Nazi classes, Poli sci classes or even feminist classes in college taught me this. this is so horrifyingly relevant today. it all makes sense now.