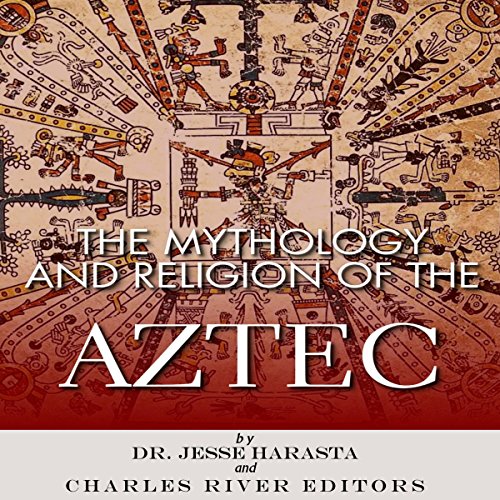 The Mythology and Religion of the Aztec

"They strike open the wretched Indian's chest with flint knives and hastily tear out the palpitating heart which, with the blood, they present to the idols.... They cut off the arms, thighs and head, eating the arms and thighs at ceremonial banquets. The head they hang up on a beam, and the body is...given to the beasts of prey." (Bernal Diaz, a Spaniard who described the Aztec's human sacrifice)

From the moment Spanish conquistador Hernan Cortés first found and confronted them, the Aztecs have fascinated the world, and they continue to hold a unique place both culturally and in pop culture. Nearly 500 years after the Spanish conquered their mighty empire, the Aztecs are often remembered today for their major capital, Tenochtitlan, as well as being fierce conquerors of the Valley of Mexico who often engaged in human sacrifice rituals.

Ironically, and unlike the Mayans, the Aztecs are not widely viewed or remembered with nuance, in part because their own leader burned extant Aztec writings and rewrote a mythologized history explaining his empire's dominance less than a century before the Spanish arrived. While the Mayans are remembered for their astronomy, numeral system, and calendar, the Aztecs have primarily been remembered in a far narrower way despite continuing to be a source of pride to Mexicans through the centuries. As a result, even though the Aztecs continue to interest people across the world centuries after their demise, it has fallen on archaeologists and historians to try to determine the actual history, culture, and lives of the Aztecs from the beginning to the end, relying on excavations, primary accounts, and more.

Omitted major portions of religion for seemingly no reason. For example it brushes over the Festival of Toxcatl and its god Tezcatlipoca, a major religious festival for a major god. The narrator also uses multiple pronunciations for various names throughout.

I was inspired to know more about the aztecs after watching a 56 min documentary about The Five Suns on YouTube. This gave me a nuanced and interesting gateway into further myth studies - I really enjoyed it.