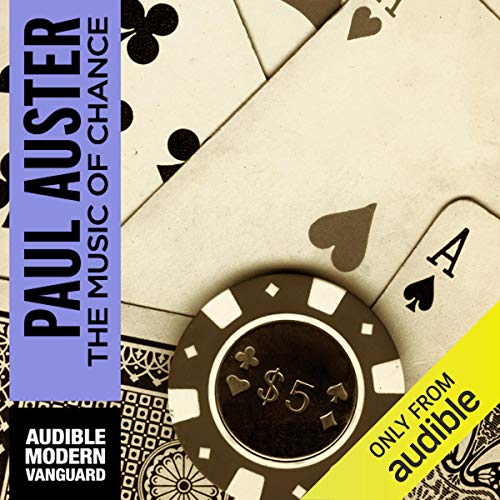 The Music of Chance

In a Pennsylvania meadow, a young fireman and an angry gambler are forced to build a wall of 15th-century stone. For Jim Nashe, it all started when he came into a small inheritance and left Boston in pursuit of "a life of freedom". Careening back and forth across the United States, waiting for the money to run out, Nashe met Jack Pozzi, a young man with a temper and a plan. With Nashe's last funds, they entered a poker game against two rich eccentrics, "risking everything on the single turn of a card". In Paul Auster's world of fiendish bargains and punitive whims, where chance is a shifting and powerful force, there is redemption, nonetheless, in Nashe's resolute quest for justice and his capacity for love.

As an added bonus, when you purchase our Audible Modern Vanguard production of Paul Auster's book, you'll also get an exclusive Jim Atlas interview that begins when the audiobook ends.

"All the suspense and pace of a best-selling thriller." (The New York Times)
"A thriller with a conscience, The Music of Chance is one of the best American novels of the year." (Entertainment Weekly)
"In his lucid, captivating yarn, Auster quietly raises disturbing questions of servants and masters, of loyalty, freedom and the inexplicable urge to kill." (Publishers Weekly)

It keeps you reading... but whats the point?

The start of the book was odd and the end was boring... The middle was good and I wish there was more of a point.

loved that I hated it

The unanswered questions!?! I hate when authors leave their endings open. However, it would have been a disservice to it's title. Does jackpot live? Did he he ever make it to the hospital? Did Tiffany really call?

All questions left up to chance.