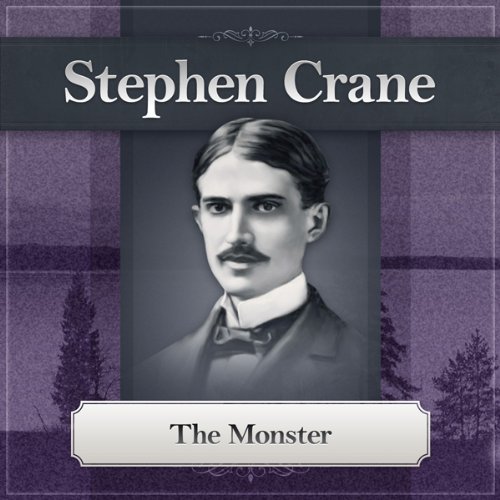 "The Monster" is considered one of Crane's top four stories, but is left out of many collections. Don't miss it. It's a wonderful telling about the town of Whilomville, in which Henry Johnson lives and other Crane stories are set as well, including "The Knife". Henry is a buddy of the Doctor's son, Jimmie. They mutually discuss the Doctor, his doings, and their shortcomings. Henry takes care of the Doctor's place, drives him on his country rounds, and serves as a mentor to Jimmie.

Henry is a handsome black man respected and watched in the community. He has style and panache. He struts like a lord in his finery while having a good word for everyone.

One night there is a terrible fire, which turns out to be at the Doctor's. Henry bravely saves Jimmie, but is permanently scarred in the process. The town is scarred of Henry because of his disfigurement. The Doctor stands up to him because he can. But the tragic last scene, as memorable as any disappointment in literature, is when his wife has invited 16 women over for her Wednesday tea and only one shows up. This one is the wife of the grocer who warns the Doctor that he better get Henry out of town or he will be ostracized. To console his wife he says, "Don't cry Grace. Don't cry." The story goes on with "As he sat holding her head on his shoulder, Trescott (The Doctor) found himself occasionally trying to count the cups. There were fifteen of them." Those 15 cups represent them being cast out of the town's center forevermore. Another Crane beauty.

As with all Simply audiobooks, we provide a commentary in an afterword for those interested.