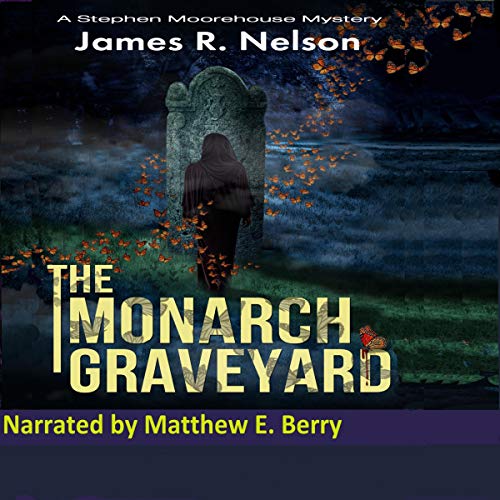 It’s been four years since young Stephen Moorehouse spent his first summer at his Uncle Phillip Kahle’s mansion overlooking Lake Superior in Michigan’s untamed Upper Peninsula. Stephen’s kidnapper, the murderous Paulie Deluca, has broken out of prison. Will he come for Stephen again?

The beautiful scream-queen, Barbara Jenkins, pays an unexpected visit to Cliffside Manor. Why is Phillip being so secretive about her visit, and why did she bring enough luggage to stay six months?

Phillip’s friend and movie financier, Cyrus Bonaventure, disappears after a wedding in Florida. Laid up with a badly sprained ankle, Phillip sends Stephen to investigate. A series of clues takes Stephen from Florida to Los Angeles and then to a small desert town where he makes a startling discovery.

Phillip creates a monarch butterfly sanctuary with a huge granite memorial stone to honor Britt Adolphson’s memory. When a mysterious woman dressed all in black, her face covered in a veil, appears at this memorial, visitors are upset and frightened. Why is she there? Why does she stand like a statue, not speaking, scaring the children? Something needs to be done.

Several dramatic plot lines weave together in The Monarch Graveyard to create another thrilling mystery by James R. Nelson.

Slow build up but comes together well

Various characters with their own storylines intermingle and these sub stories build up to complete the puzzle of the overall plot very well.

The narration was really good. The variety of voices, the intonation, and tempo of the performance were all blended masterfully in the various scenes building up the suspense as required. Matt really has a gift and it is a pleasure listening to him.

Note: this book was given to me for free at my request and I provided this objective review voluntarily.

Moorehouse is at it again!

Another really good installment in the Stephen Moorehouse mysteries. I've really enjoyed these books. All of the books are set many years in the past and it's a fun diversion from the stories of today. The plots are intertwined enough to keep them interesting, but stand alone enough that they could be read/listened to on their own. A solid addition to the set.

Once again Matthew brings the characters to life with ease and confidence. I've come to compare other narrators to Matthew.

Many plots are given and to figure out. The narration voice was good and clear, and added to this adventure, the authors books are full of plots, interesting characters and readers always want more. Given audio for my voluntary review

Another Stephen Moorehouse is in the bag. I enjoyed this one and the way the author tries things together. The references to the past book is great. Narration was on point!

*I requested this book and am voluntarily leaving this review

The Monarch Graveyard title had several well developed characters . At times though it seemed that there were too many twists to the story with all these characters. The settings were very descriptive and it is clear that the author is well acquainted with the Upper Peninsula . I enjoyed listening to this book and would recommend it to others.