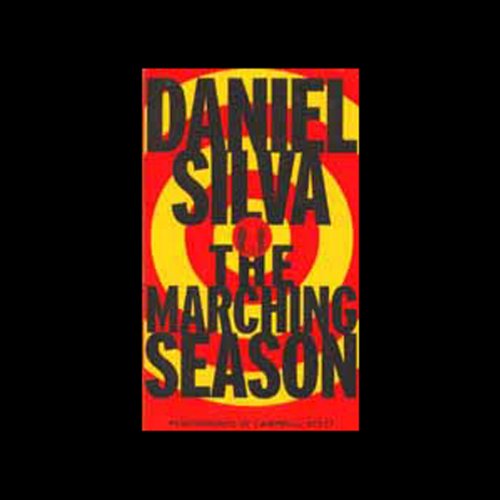 It is the first uncertain year of the peace process in Northern Ireland, a land ravaged by centuries of religious and political conflict. On a single night, a renegade group of Protestant extremists tries to turn back the hands of time with three savage acts of terrorism. Retired CIA officer Michael Osbourne, is lured back to the Agency after his father-in-law, former U.S. Senator Douglas Cannon, is nominated to be the new American ambassador to London. When Michael discovers that the Protestant gunmen have marked Cannon for execution, he sets in motion a deadly contest of wits and deception that will determine whether the peace in Northern Ireland will survive and whether his father-in-law lives or dies.

What Michael Osbourne does not realize is that he is a pawn in a much larger game. Once again, his destiny is controlled by the Society, a secret order that uses its power and influence to foster global unrest for financial gain. And once again, he is pitted against his personal bête noire, Jean-Paul Delaroche, the world's most dangerous assassin.

"One of the best-drawn fictional assassins since The Day of the Jackal." (San Francisco Examiner )
"A must-read for conspiracy buffs." (Entertainment Weekly)
"A writer who is bringing new life to the international thriller." (Newsday)

Not as good as the usual Daniel Silva book.

This was not nearly as good as the Gabriel Allon series books. Less punch and depth. it never grabbed me.

It's one thing to include what's happening in the world into your book. This absolutely the worst book in the series, week and tired old plot then the particine democrat talking points at the end. If I want that crap I'll listen to CNN.
Never finished the book, but I'm finished with Silva

Got off the ground quickly and a great ending. Lacked the detail of the Allon books.

Daniel Silva was recommended to me by a friend. I am hoping that the later books are better. This one just never grabbed me.

Would you ever listen to anything by Daniel Silva again?

Have you listened to any of Campbell Scott’s other performances before? How does this one compare?

Yes and this one was just as good.

Was The Marching Season worth the listening time?