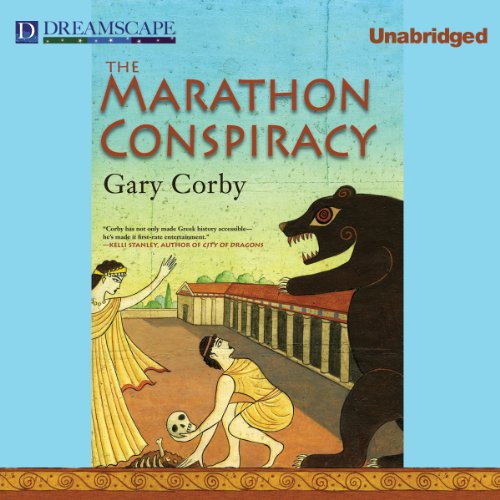 Nicolaos and his partner in investigation, Diotima, have taken time out of their assignments to come home to get married. But if Nico was hoping they'd be able to get hitched without a hitch, he was overly optimistic. When they arrive in Athens, there's a problem waiting for them. The Sanctuary of Artemis is the ancient world's most famous school for girls. When one of the children is killed, apparently by a bear, and another girl disappears, Diotima's childhood teacher asks her former pupil to help them. Meanwhile a skull discovered in a cave not far from the sanctuary has proven to be the remains of the last tyrant to rule Athens. What are his remains doing outside the city walls?

exactly my cup of ouzo

I bought this to accompany me on a trip to Greece, and it certainly fulfilled my intended purpose. Diverting, with a bit of historic and cultural education thrown in. The plot is just complex enough to hold one's interest, without rambling. Four stars for the narrator because I caaant uuunderstaaand why hee speaaaks sooo slowwwwly. Had to check to make sure I had the speed on normal...