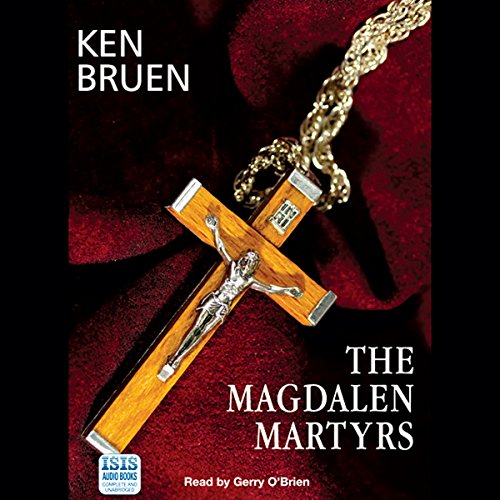 Jack Taylor, traumatised, bitter and hurting from his last case, has resolved to give up the finding business. However, he owes the local hard man a debt of honour, and it appears easy enough: find “the Angel of the Magdalen” – a woman who helped the unfortunates incarcerated in the infamous laundry. He is also hired by a whizz kid to prove that his father’s death was no accident.

Jack treats both cases as relatively simple affairs. He becomes involved with a woman who might literally be the death of him, and runs dangerously foul of the cops. He is finally clean and sober, but the unfolding events will not only shake his sobriety but bring him as close to death as could ever have imagined.

Bruen does it again

In this latest Jack Taylor novel, Jack is back in Galway, back living at Baily's he's sober but just hanging by his fingernails. In the midst of this comes Bill Cassell, one of the local hard men and Jack owes Bill a favor and Cassell has come to collect. Then he's amazed, all Bill wants from him is to track down a woman Rita Monroe who was at the Magdalen Laundry and long ago helped his mother escape. The Magdalen Laundry was a place for wayward young girls who had gotten pregnant, it was run by nuns and it was famous because the nuns imprisoned and abused the girls they were supposed to be helping.
Jack's grateful that at least the favor isn't illegal but after not having a lot of luck Cassell's goons pick him up and Jack gets a lesson in what his priorities should be, however he isn't sure that the woman, he's looking for isn't what she seems. Jack has only choice to avoid ending up with a bullet in his skull, find this woman. Of course Cassell's motive's aren't what they seem and of course since it's a Jack Taylor book, you know there's going to be violence. In the midst of all this, Jack manages to sleep with a client's mother, goes to a good friend's funeral and loses his library. Sometimes it seems as if, he's just drifting along.

I love listening to this narrator, you can just feel the grittiness of Galway, you can hear in his voice, a man on the edge, having a difficult time concentrating because he wants a drink so bad and of course if not for Bailey's he's be homeless. If I have a choice of reading materials, I'll pick Bruen every time. Jack Taylor is the perfect ant-hero!!!!! He kicks butt and takes names!!!

This book wasn't as good as I had hoped. I really like reading mystery novels set in forgien country's because I like to get a flavor for the area and learn something about its people, history, and landscape. This book didn't do a good job of painting Ireland and the mystery wasn't all that captivating. Not a bad listen but this is the first in the series and I'm in no hurry to pick up the next.