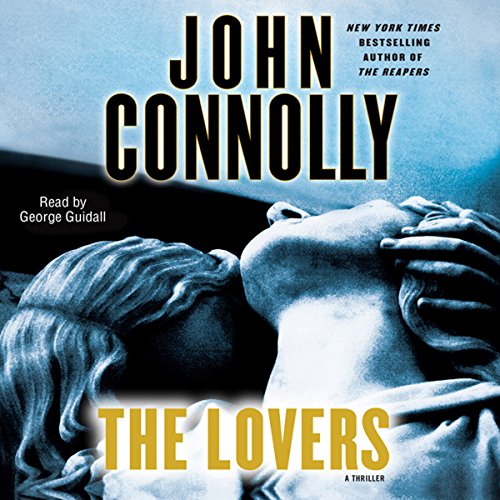 New York Times best-selling author John Connolly writes a lyrical, haunting tale that turns to private investigator Charlie Parker's hidden past... and a search that forces him to investigate all that he has ever believed true about his beloved parents - and himself.

Stripped of his license, Parker takes a job in a Portland bar. Alone and directionless, he faces at last a shadow he has lived with since his childhood: what made his father, a respected police officer, apparently shoot dead two unarmed teens and then commit suicide. His quest leads him back to the little New York town where he grew up, to the mysterious history of the NYPD, and to the existence of secret friends and hidden enemies. And waiting in the shadows, as they have been throughout Charlie’s life, are a man and a woman with only one purpose: to bring an end to his very existence.

I don't think John Connolly knows how to do wrong

It is hard to listen to Charlie Parker books in one sitting because of the subject matter. His books are full of genuine evil, and Connolly doesn't spare his readers. He describes every gritty detail and makes you feel every discomfort and pain the characters feel. But! Connolly is a master writer you don't find that often today. His Charlie Parker novels do exactly what Orson Scott Card said the true purpose of literature is: “We don't read novels to have an experience like life. Heck, we're living lives, complete with all the incompleteness. We turn to fiction to have an author assure us that it means something.” It is Connolly's ability to explain what all the bad and all the good things that happen to you and people everywhere signify (at least in his opinion) that makes you want to push through his novels, and his insistence that even though the evil is never fully defeated, it is the pleasure of peace, the power of good, the good of love, that is worth fighting all the time.

If you are expecting/wanting classic mystery or suspense, run dont walk to the next book on your list. I stepped into this goat rope because G. Guidall was the narrator and the other books I had read by Connelly I liked very much. Not this one. By midway through Part 1 I had feeling I was not going to like where this book was going, but I plowed ahead. By Part 2 I was beginning understand why "IT" was killing all the other people. And then I began to wonder why 'It/They" were looking for Charlie. Why did 'They' have to kill Charlie! He's a threat to them we are told,but we are never told why! In conclusion, I have to admit Connelly wove the events of this book rather well so as to keep me looking for answers! Guidall's voice was masterful in bringing a dark and brooding feel to the book so only Performance got high marks from me on this one.

George Guidall is an actor:: he reads the text in each character thereby drawing the audience into the story. John Connolly never ceases to spin webs of mystery that keeps one on the edge of the seat!!!

Could it be the best?

This was an exraordinary story. when Charlie Parker was setting himself to meet some very brutal murderers I smiled and said aloud... "God damn Charlie, you go man." The character development leads my mind to believe that we are buddies. This is my second time through the series. I am still in awe.

For Charlie Parker fans, this early novel attempts to explain the mysterious history of detective Charlie Parker. Why did his father kill two apparently innocent teenagers? Why does Parker continuously encounter strange, often ephemeral enemies determined to kill him? Who are the secret "friends" equally determined to protect him? And.....exactly who is he, really? This is one of my favourite CP novels. I love the subtle references to themes from Jordan's "Wheel of Life" novels (i.e., the lovers who must seek each other out with each reincarnation), and, oddly enough, even to "The Terminator." Very highly recommended, and, by the way, very well read by my favorite narrator, George Guidall.

Jeff Harding is a much better voice for this genre of books. Anytime it’s switched to George guidall I have trouble forcing myself to listen, his voice doesn’t fit the part.

Won't return to this genre

Would you try another book from John Connolly and/or George Guidall?

I love George Guidall but even he could not overcome for me the storyline about the occult, fallen angels, etc.

Icky. Not a thriller. Tedious. The ending leaves most of what might have been remotely interesting unresolved. If anyone can explain the reasoning behind the whole occult quest I would be happy to hear it.

The story, as in all of Connolly's books, is captivating, funny, spooky, gritty, dark, hopeful, and just plain good.

My issue was with the narrator, or more specifically the director, who failed to know that the name of one of the characters is pronounced in a different way than a native English speaker might expect. It's rough to see that whoever directed this didn't even bother to read the other novels in the series or do some research on it. What's worse, though, 8s that the narrator pronounced the name correctly in the book before this one in the series, after having pronounced it incorrectly in the one before that.

It just feels a bit shoddy to me.