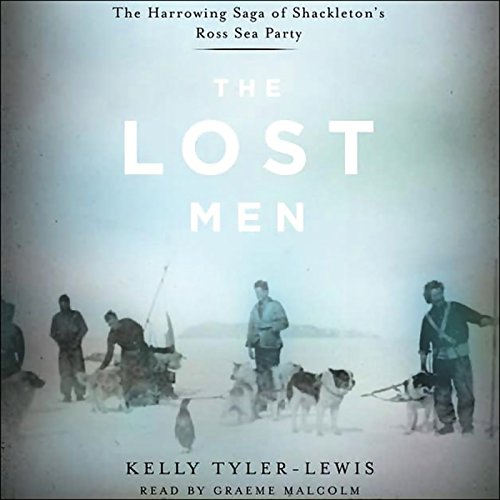 In 1914, Sir Ernest Shackleton sailed south aboard the Endurance to be the first to cross Antarctica. Shackleton's endeavor is legend, but few know the astonishing story of the Ross Sea party, the support crew he dispatched to the opposite side of the continent to build a vital lifeline of food and fuel depots.

When the Ross Sea ship, the Aurora, broke free of her moorings and disappeared in a gale in 1915, she left 10 men stranded on the continent with only the clothes on their backs and little hope of rescue. Against all odds, the men decided to go forward with their mission, sledging 1,700 miles in a record-setting two-year odyssey. They never imagined that their immense sacrifice was futile, for Shackleton never set foot on the continent, and the Endurance lay crushed at the bottom of the Weddell Sea.

Inexperienced and poorly equipped, the men of the Ross Sea party endured the unspeakable suffering of malnutrition, hypothermia, and extreme weather conditions with fortitude. With their personal journals and previously unpublished documents, Kelly Tyler-Lewis brings us close to these men in their best and bleakest times and revives for us their heroic, astounding story of survival in the most hostile environment on Earth.

I have listened to a few books on the Antartic travel, and the ones that stand out include lots of bits, pieces and personal insights from the dairies of the men who did the travels. This book, albeit an intresting piece of history and endurance (no pun intended), just kinda plods along. This book focus's on Shackleton's adventure, but lacks a good deal of his views and comments. Oh humm.

The less remembered and yet more successful story of the men of Shackleton's Ross Sea party. tremendous, terrifying story of survival in the cold Antarctic.

The other side of the famous failed expedition

This book is a good and worthwhile listen as it provides the completion of the Shackleton story. In this book, I found heroes and frustration. But as this is abridged, I think I missed out on much that would have connected me to the men this book is about.

Bottom line: As information, this is great. As a story, this lacks some character development.