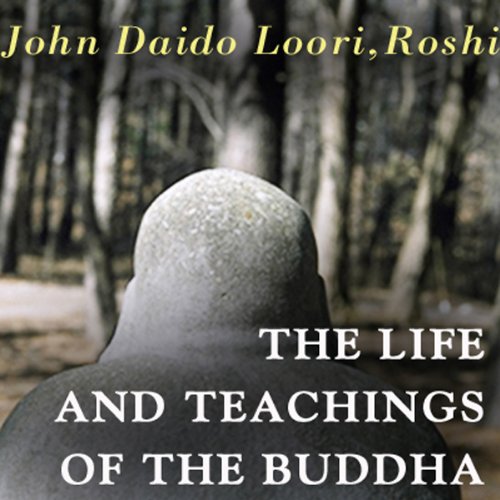 The Life and Teachings of the Buddha

Shakyamuni Gautama was an historical figure who lived in India from approximately 563 to 483 B.C. After his death, Buddhism spread over Asia, and almost 2,500 years later Buddhism has come to the West, where it is more relevant than ever. These four classic talks by John Daido Loori, abbot of Zen Mountain Monastery, offer a clear, comprehensive version of the Buddha's life and teachings, including Buddha's life as a householder, spiritual seeker, and ultimately a teacher. Roshi brings Buddha to life by describing how Buddha's personal struggles led to his search for greater meaning. Like many of us, Buddha felt dissatisfied with the daily routine of life, and he wanted to understand how to live authentically. Buddha's search led to his realization of the Four Noble Truths, which are essentially the awareness of suffering and how to alleviate it. Daido Roshi discusses the Four Noble Truths, and examines how this core Buddhist teaching is relevant to our lives today. He also explores how subsequent teachers carried on the Buddha's teachings, touching particularly on Zen Buddhist masters. These talks form a wonderful introduction for those completely new to Buddhism, while offering important insights to those who are already practicing.

What would have made The Life and Teachings of the Buddha better?

Terrible recording, background noise, terrible presenter just brutally bad. This should not be sold on Audible.

Can be listened to as a lecture in segments. Good foundational teaching.
Accessible at any level.

What made the experience of listening to The Life and Teachings of the Buddha the most enjoyable?

The delivery by John Daido Loori Roshi is great. Just as all dharma talks, be present with the words and everything else is secondary.

Shakyamuni Buddha and his struggle which mirrors our own.

What does the narrator bring to the story that you wouldn’t experience if you just read the book?

It's a lecture. He breaths life into the Buddha.