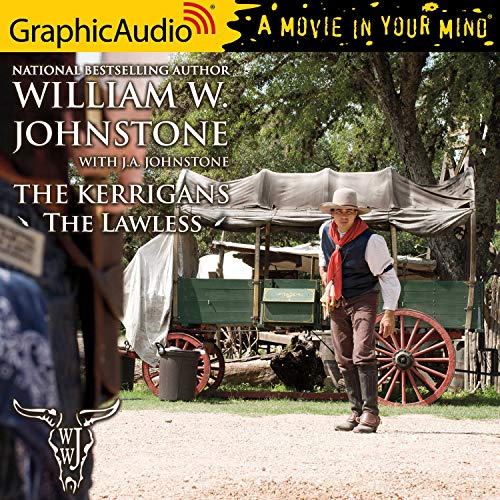 They survived the perilous thousand-mile journey to the far edges of the Texas frontier. Now the family that tamed the Wild West must fight to defend their home from a ruthless band hell-bent on stealing it away.

Kate Kerrigan has seen the blood-soaked face of war. But nothing has prepared her for the assault on her land that begins with an eviction order hammered onto the door of her family's cabin. Beautiful, cold-blooded Savannah Saint James has her sights set on the Kerrigan property - and 12 of the deadliest hired guns in Texas are ready to back her play. Kate has her sons by her side, a ragtag group of ranchers who don't like outsiders messing with their cattle, and a fighting spirit passed down from her Irish ancestors. One thing's for sure: The Kerrigans aren't giving up what's theirs without a scrap. When the battle is joined, only one side will prevail - and the end will be written in gun smoke.