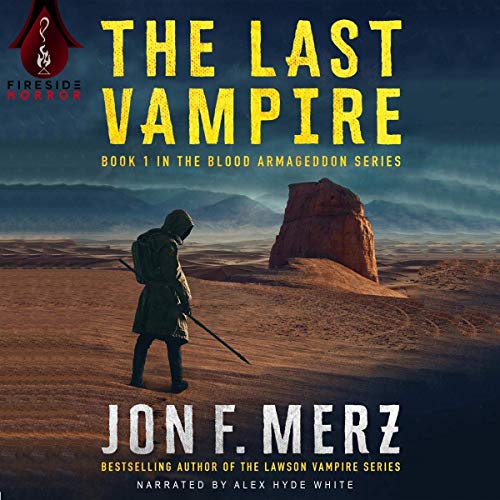 It's been 15 years since the world fell apart under the onslaught of a vampire horde. Nothing is the same. The suckers own the night, and survivors of the apocalypse move about only by day. Earth has been reduced to ashes as evil has taken it over piece by piece. Few have been able to stand against the onslaught.

Except for a rare breed of warriors seeking to eradicate the scourge that plagues Earth.

They call themselves Mortal Makers. And Declan is the best. A former member of SEAL Team Six, Declan uses his skills to track down and eliminate as many vampires as he can. On a quest to find the Source, the "vampire zero" that started the Event in the first place, Declan uses an unorthodox method to attract suckers right to him before he kills them.

But as he travels further west on his mission, he finds that not all of the evil left in the world exists only at night.

Sometimes the living are worse than the undead.

Kept it exciting, couldn't stop listening! Narration is beautifully done. I am looking forward to book 2!

Absolutely fantastic narration and a story that is exciting and not something you’d normally pair with Vampires. A truly unique listen! Highly recommended

This book was terribly written, skipped around made no sense and the guys voice was horrible to top it off. I struggled to finish this book.