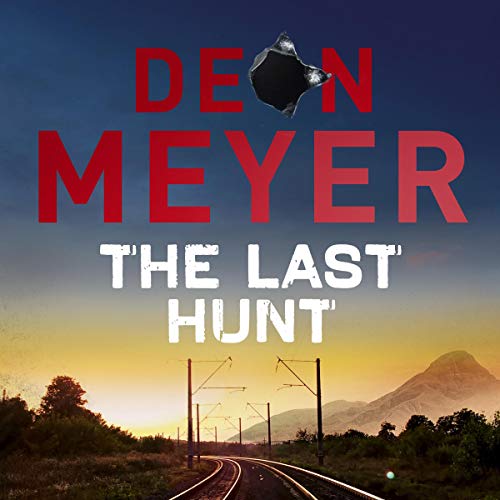 A cold case for Captain Benny Griessel and Vaughn Cupido of the Hawks - not what they were looking for. And a difficult case too, surrounded by mystery, lies and evasion. The body of Johnson Johnson, ex-cop, has been found by the side of a railway line. He appears to have jumped from the world's most luxurious train, and two suspicious characters seen with him have disappeared into thin air.

The regular police have already failed to make progress, and others are intent on muddying the waters. Meanwhile in Bordeaux, Daniel Darret is settled in a new life on a different continent. But his skills as an international hit-man are required one more time, and Daniel is given no choice in the matter. He must hunt again - his prey the corrupt president of his homeland.

Two strands of the same story become a race against time - for the Hawks to stop the assassination, for Daniel to evade the relentless Russian agents tracking him, for Benny Griessel to survive long enough to finally ask Alexa Bernard to marry him....

Really enjoyed this book. The best so far! I cannot wait for the next one!

Love it, love to listen and experience France in the words in the telling, excellent!!

Deon Meyer produced another great story and it was perfectly delivered by narrator Saul Reichlin. A well paced and interesting story with good character and plot development. While investigating a supposed suicide Benny and Vaughan uncover a plot to assassinate the President and have to work in secret because of a corrupt secret service and government. A top tier ranking in my library.

Deon Meyer is the master of thrill and suspense and Saul Reichlin is this masters congenial voice. I loved any of the Griesel stories and hope there will be more.

Rarely have I ever felt such compassion with very different characters, the criminals and the policemen. Moreover, it is very funny, I like the author's humour tremendously. It is difficult for me to find a read as good as this one.