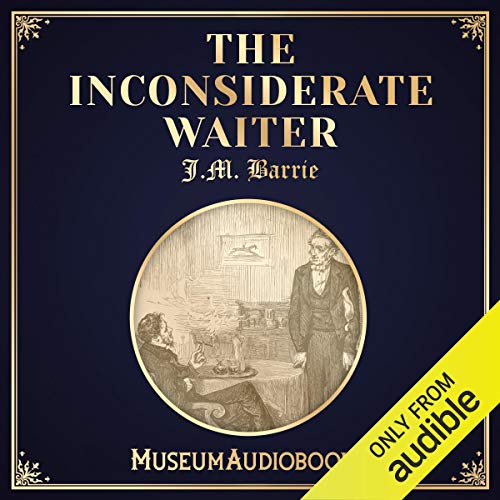 James Matthew Barrie (1860 – 1937) was a Scottish novelist and playwright, best remembered today as the creator of Peter Pan. Barrie’s short story The Inconsiderate Waiter is a humorous take on the British class system of 1898.

At the Victorian Club, it is improper for an upper-class gentleman to be seen to take an interest in any concerns of a member of the working class. So when William, the narrator's waiter, begins to display signs of having a personality and feelings, the respectable gentleman experienced much discomfort. The Inconsiderate Waiter is an intriguing look at the battle between a man’s social status and his humanity.