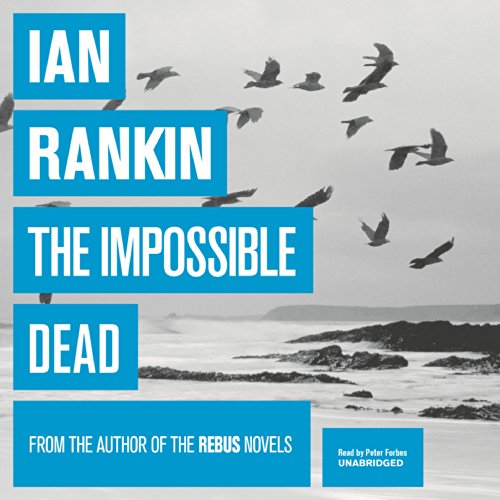 Malcolm Fox and his team are back. They've been sent to Fife to investigate whether fellow cops covered up for a corrupt colleague, Detective Paul Carter. Carter has been found guilty of misconduct with his own uncle, also in the force, having proved to be his nemesis. But what should be a simple job is soon complicated by intimations of conspiracy - and a brutal murder committed with a weapon that should not even exist.

The spiralling investigation takes Fox back to 1985, a year of turmoil in British political life. Terrorists intent on a split between Scotland and the rest of the UK were becoming more ruthless, sending letter-bombs and poisonous spores to government offices, plotting kidnaps and murder, and trying to stay one step ahead of the spies sent to find them. Fox has a duty to get at the truth, while the body count rises, the clock starts ticking, and he fights for his professional and personal life.

Rankin's back on his game - and it's winner

The first book after Rankin ditched Rebus was simply terrible. Then came "The Complaints" first book in this series. It was good - but not up to the Rebus books. This one is terrific - the man is back and swinging and I'm very pleased. Few mystery writers are as good as Rankin when he's on the top of his form and I was afraid we'd lost him. Happy to say, I'm back enjoying every word. Hooray for mystery readers everywhere!

Overall good story with some contrivance

This is basically a good plot except for one flaw: Why IS Malcolm Fox investigating this case? There is the most tenuous link between his job and the investigation that he is pursuing, and I don't think too many police departments would stand for that.

The reader does a fine job.

Ian Rankin always writes a believable and exciting mystery. He does not resort to impossible scenarios like so many popular mystery writers. The police procedures are based on actual procedures and for the knowledgeable reader this makes his characters come to life with human heroics and flaws. It seems today that most mystery writers feel the need to reach over the top fantastic and ultimately unbelievable conclusions which destroy the story and the characters. Rankin sticks to the possible and his story ends in a very satisfying way which makes you want to read the next book with these characters.

Great mystery. Very good characters and rich descriptions of locales and scenes. You feel as though you are there in the story. Loved the narration. Absolutely brilliant.
Wish there was a 'book 3' to this Malcolm Fox series.

Fox is a very different character to Rebus, but equally complex and driven. Lots of twists. Great plot.

Better narrator. This one put me to sleep, so boring

Has The Impossible Dead turned you off from other books in this genre?

Same voice for every character, etc.

What character would you cut from The Impossible Dead?

Interesting, engrossing, well written, intelligent, very likeable characters ~ no ghastly or gross descriptions of crimes. A refined cop story, if I may call it that. Well read - Peter Forbes is a master at different voices and accents. You know who's talking when he's reading. Well paced and natural.

and Ian Rankin's heart does not seem to be in this series. Disappointing!

Found my attention wandering many times during this pedestrian outing.

I'm no judge of Scottish accent, but I think the narrator did a decent job of distinguishing the characters.

Crime novel with a social-political background

I liked the first Malcolm Fox novel ("The Complaints"), and this is a good sequel. It has the same slow-moving scenario, full of steps forward as well as backward, awkward logic, guesses and intuitive reasoning, as it would be in a real life rather than a 45 mins action movie where everything naturely comes to a logical end. The story spins not only around the main character, internal complaints inspector Malcolm Fox (whose depiction remains a little lifeless still), but also gives sufficient room to the story, the background, the social colouring, which altogether always keeps it from becoming stereotypical.
That's why I'd prefer Malcolm Fox even to his famous predecessor, Inspector Rebus.