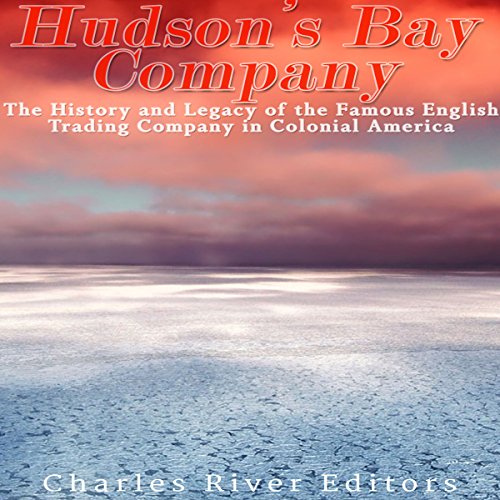 When Queen Elizabeth arrived in Lower Fort Garry, Manitoba in 1970, she was, like many foreign leaders, greeted with a reception and offered tokens by her hosts. What was different about this occasion, however, were the gifts offered: live elk and beaver. In the long-standing tradition of the Hudson's Bay Company, should the King or Queen arrive in the lands governed by the charter King Charles II granted in 1660, he or she would be presented with two elk and two beavers by Company officials.

Only Queen Elizabeth and her father had the opportunity to take advantage of this part of the charter's clauses, but the royal houses of Britain had benefitted from the rule of the Hudson's Bay Company for hundreds of years beforehand. Britain had grown rich on the profits brought into the country from across the seas in North America. Ironically, however, the 300-year relationship between the British Crown and the Hudson's Bay Company may never have developed without the mistakes of the rival French government in relation to their own adventurers.

After the Englishman Henry Hudson, under the aegis of the Dutch East India Company, sailed by Manhattan in 1609, he returned home with good news and bad news. Like the other explorers before him, he hadn't been able to find a water route to the Orient. He had, however, returned with maps (confiscated by the English) and beaver pelts. With that, it became clear that the region around the bay that would take Hudson's name was a very promising new territory for trade and settlement, which would become a serious bone of contention between the Dutch and the English for the rest of the century.

In 1614, another Dutch East India merchant, Adriaen Block, entered through the narrows of the East River between Queens and Randall's Island, a difficult and dangerous passage that later sank numerous ships and that Block named Hell's Gate (Hellegat). The European world would know the name "Manhates" when Block returned to the Netherlands with new and improved maps. After that further exploration, the Dutch returned to build settlements on the southern tip of Manhattan and elsewhere, and by 1626 trade was brisk both between the Native Americans and the European settlers and between the settlers and their mother countries.

In 1652, England and the Netherlands were at war, but heavy losses on both sides hurried the prospect of peace. Nevertheless, the two countries' representatives in the New World were increasingly hostile toward each other, even though they were an ocean away from the main belligerents. The Puritans of New England were said to be intent on attacking Manhattan, so preparations were made in New Amsterdam. A wall would be erected at New Amsterdam's northern border, at a cost of 5,000 guilders, with the labor being cheaply supplied by slaves. Made of 15 foot planks, bastions, cannons, and two gates (one at the corner of present-day Wall and Pearl, the other at Wall and Broadway), the location of the wall would become not a barrier to invasion but the center of the financial world.

In the end, the diversity of New Amsterdam helped assure that the people would rather become part of New York City than lose everything. The Dutch briefly reclaimed the city, but the tide had turned, and New York became an English settlement. The English would then use that toehold, and similar settlements across the Northeast, as bases for trade, and the Hudson's Bay Company would be one of the most influential actors in the New World. Even over 300 years later, the company still exists, albeit in a very different form than what it was originally intended to do.

Canada, historical-figures, historical-places-events, historical-research, commerce, fur-trade, explorers, North America's oldest company had a rocky start but the founders persevered and even overcame its rivals. It was part of the driving force of exploration and colonization of the vast areas now known as Canada. Well done.