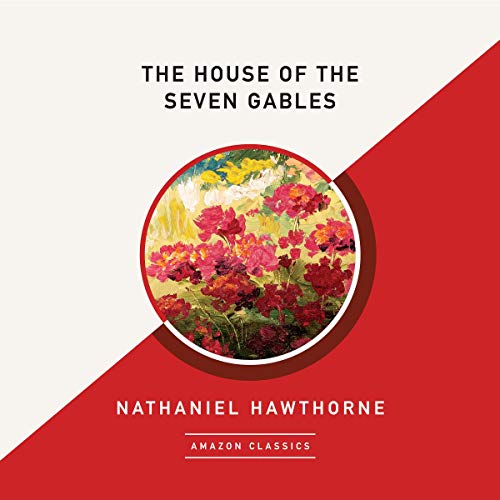 The House of the Seven Gables (AmazonClassics Edition)

A portrait of Colonel Pyncheon looms over his family in the house of the seven gables - an ominous reminder of the curse he left behind over a century ago.

The shadow still falls over the New England mansion's current residents, siblings Clifford and Hepzibah - unless they can expose the one secret that offers an escape from the hex.

Set in seventeenth- and nineteenth-century Massachusetts, Nathaniel Hawthorne's gothic tale was inspired by the Salem Witch Trials and by a family home that still stands today. With the town's horrific history, the house became, for Hawthorne and his readers, an important metaphor for ancestral burden.

AmazonClassics brings you timeless works from the masters of storytelling. Ideal for anyone who wants to listen to a great work for the first time or rediscover an old favorite, these new editions open the door to literature's most unforgettable characters and beloved worlds.

Very talented narrator with ability to do voices.

Hearing this story after reading the book years ago and after the Vincent Price movie was a good experience.

A Classic Ghost Story that keeps your mind active.

I loved hearing the book read, it was like reading it for the first time all over again. My mind was constantly challenged as I tried to remember the outcome. The characters are all so different, each is fascinating, even the hard to love become your favorites. I will keep this on my "bookshelf" to read/listen again.

Impossible to listen to, horrible quality!

The quality of the audio is the worst I’ve had on audible!! Impossible to listen to. Can’t rate the story as I didn’t listen