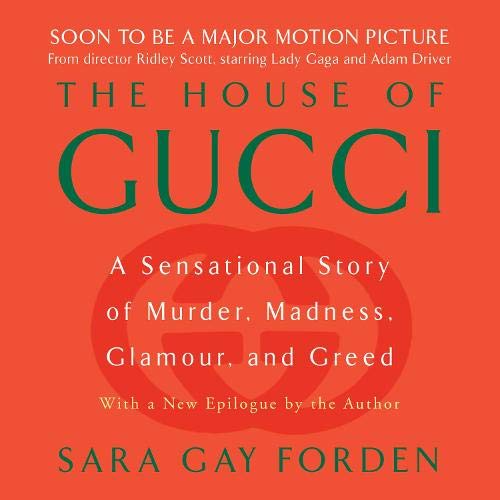 The House of Gucci

The sensational true story of murder, madness, glamour, and greed that shook the Gucci dynasty, now fully updated with a new afterword

On March 27, 1995, Maurizio Gucci, heir to the fabulous fashion dynasty, was slain by an unknown gunman as he approached his Milan office. In 1998, his ex-wife Patrizia Reggiani Martinelli - nicknamed "The Black Widow" by the press - was sentenced to 29 years in prison, for arranging his murder.

Did Patrizia murder her ex-husband because his spending was wildly out of control? Did she do it because her glamorous ex was preparing to marry his mistress, Paola Franchi? Or is there a possibility she didn't do it at all?

The Gucci story is one of glitz, glamour, intrigue, the rise, near fall and subsequent resurgence of a fashion dynasty. Beautifully written, impeccably researched, and widely acclaimed, The House of Gucci will captivate listeners with its pause-resisting account of high fashion, high finance, and heart-rending personal tragedy.

Just read the cliff notes or wait for the movie.

This book spent way too much time on detailed runs of stories that contribute nothing to build the true story. The details on designs overwhelmed the book. It was so mechanical. The true story got lost until more than halfway through the book. If you are super intrigued about how to NOT run a fashion or a family business, then you might like this book. Read a summary or maybe wait to watch the movie.

Wxcellent book about the empire of Gucci

This book is excellent blend of autobiography, novel and analytics. My best book about the fashion titans so far.

shocking
kept my interest.
i love it
gucci
lady gaga is a perfect fit

I couldn’t finish it. I didn’t experience any intrigue. I thought it sounded like a dry textbook in some places. Just not very interesting to me personally.

Just wasted 16 hours of my life. I did not find the story compelling or very interesting.

This is not a true crime novel

By the subtitle I thought this was going to be a true crime novel. It’s not. It’s kind of interesting and I finished the whole thing. But it wasn’t what I expected.

I Don’t Get It

I listened for 2-hours and literally nothing happened, so I gave up. If you haven’t grabbed my attention within 2-hours, it’s not going to work out for me.

Good stuff a little slow in the beginning

Intriguing but it starts slow. There are so many characters in this true story. The timelines skip based character development and story development. I ended up enjoying the audio book despite its slow start.

Really long , but keeps your interest

Just when you thought this book couldn’t get any longer, you look down and you realize there’s still like seven hours left. How could there possibly be more to say about this company? Well, there was, and I finish the whole book without getting bored. For anyone who is interested in brand names, designers, and luxury goods, this is not just about Gucci but about the luxury goods world in general. I only picked this up because it was on a daily deal and really cheap, but in hindsight, it would’ve been worth a credit.

Did not make it halfway through the book. It was not what I expected. Very boring.