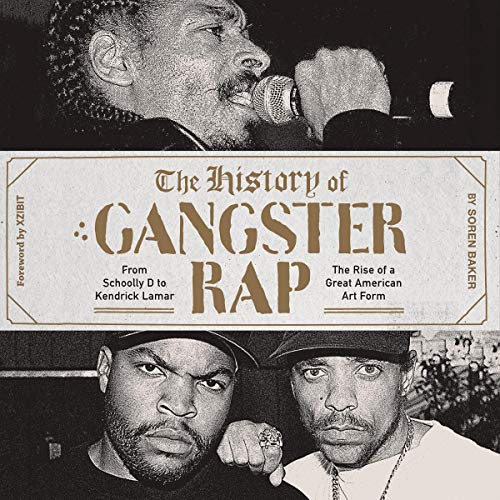 The History of Gangster Rap

The History of Gangster Rap is a deep dive into one of the most fascinating subgenres of any music category to date. Sixteen detailed chapters, organized chronologically, examine the evolution of gangster rap, its main players, and the culture that created this revolutionary music. From still-swirling conspiracy theories about the murders of Biggie and Tupac to the release of the 2015 film Straight Outta Compton, the era of gangster rap is one that fascinates music junkies and remains at the forefront of pop culture. Filled with interviews with key players such as Snoop Dogg, Ice-T, and dozens more, as well as breakout bios of notorious characters, lists, and more, The History of Gangster Rap is the be-all-end-all book that contextualizes the importance of gangster rap as a cultural phenomenon.

The exclusive interviews and articulate reporting makes this book stand out as the official chronicle to the evolving legacy of Gangster Rap. From it’s rise to it’s current status, author Soren Baker presents the facts and intricacies of a music genre that has often been misunderstood by most of society. Worth the time to listen in audio as the narrator presents the material in an authentic and earnest manner.

Gangster rap rules baby in this Book. Great information, facts, and storytelling. They really do cover it all.

As an avid fan of hip hop this book doesn’t miss a beat. Entertaining, lots of depth, and amazing narration. A must listen for anyone who is a fan of the genre.